How sleep habits can affect memory later in life 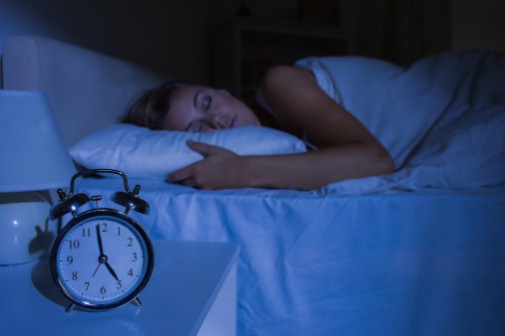 Women take note: The time you spend sleeping may just affect memory in the elder years.

That’s according to new research revealing that older women may experience an increased risk for memory loss if they slept long hours or short hours during the night in their middle ages. The study found that even when women adjusted their sleep patterns, these women still experiences adverse effects on their memory.

Lead researcher Elizabeth Devore, of Brigham and Women’s Hospital in Boston, conducted the study with more than 15,000 women ages 70 and older. Those who slept five hours or less, or nine hours or more a day during their middle ages had poorer memory than those who slept the average amount of seven hours. Researchers stated the difference in memory was comparable to almost two extra years of age.

The study, published in the Journal of the American Geriatrics Society, found that for those women who adjusted their sleep patterns by more than two hours a night, over the years, had worse memory than those who had not changed their sleeping time.

Dr. Wayne Rubinstein, neurologist with Advocate Medical Group in Park Ridge, Illinois, says, “This study demonstrates that healthier cognitive function in women who regularly get more sleep, is in line with other work that has shown reduced rates of heart attack and stroke in individuals who sleep more.”

Devore said, in a statement, that their results show that getting an “average” amount of sleep of seven hours a day, might help preserve memory in old age, and that “clinical interventions with sleep therapy should be studied for the prevention of mental deficiency.”

Dr. Rubinstein says that sleep deprivation is an increasingly common problem among Americans in all age groups.

“The health consequences of which are becoming more apparent,” he says. “Getting enough ZZZs is serious!”