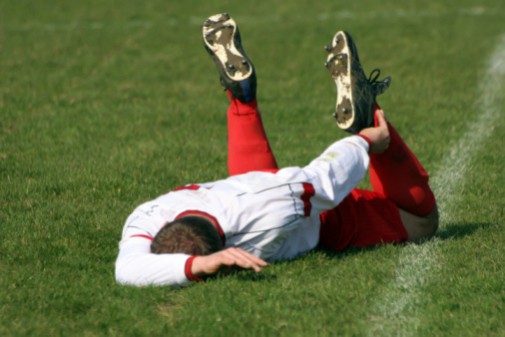 The number of reported concussions among student athletes in the U.S. has more than doubled in the last seven years which, surprisingly, is encouraging news for health experts.

The report may be distressing to many, but those pushing for sports safety say the jump demonstrates an increased awareness about the dangers of concussion. The numbers spiked especially after the 2008-09 school year, according to new research from Ohio State University.

It was during that year states across the country pushed for new laws that regulated when students could return to the field after a head injury.

“It’s scary to consider these numbers because at first glance it looks like sports are getting more dangerous and athletes are getting injured more often,” said study leader Joseph Rosenthal, in a news release. “This study is observational so it doesn’t offer any proof about why the rates are going up. But I think in reality it’s showing that concussions that were occurring before are now being diagnosed more consistently – which is important.”

According to the Centers for Disease Control and Prevention (CDC), nearly 175,000 children suffer sports-related concussions each year.

A concussion is a type of mild traumatic brain injury, or TBI, caused by a blow to the head or other excessive force. An injury to the brain, which may or may not lead to a loss of consciousness, can impair a person’s physical, cognitive and even emotional behaviors for days or weeks, health experts say.

The short-term effects of concussion can include headache, seizures, dizziness, insomnia, depression, irritability, double vision, changes in smell, facial pain and the loss of memory, says Dr. Raina Gupta, a neurologist at Advocate Illinois Masonic Medical Center in Chicago. “These typically develop in the first days after mild TBI and generally stop within a few weeks or months. But any of these symptoms can persist longer.”

Researchers at Ohio State say concussions were most common in football, boys’ basketball, wrestling, boys’ baseball and girls’ softball, with the highest percentage among football players.

Overall, study leaders said the increased awareness will result in better treatment and focus on the safety of the kids.

“Our theory is that more people are looking for concussions, and athletes, parents and coaches are being educated on the symptoms and importance of removal from participation, as well as treatment. There is a greater emphasis on monitoring for injury.”