Troubling connection between suicide and foreclosures 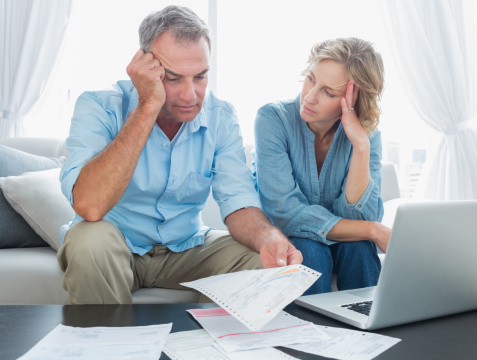 In the first-ever study of its kind, researchers say they’ve seen a “significant” increase in the number of suicides directly tied to the U.S. foreclosure calamity.

Study leaders at Dartmouth and Purdue compared state-level foreclosure and suicide statistics from 2005 to 2010 and found a spike of almost 13 percent at the same time yearly foreclosure rates hit nearly 3 million in 2010. The findings will be published in the June issue of the American Journal of Public Health.

Researchers say losing a home from non-payment can take a toll on mental health.

“It seems that foreclosures affect suicide rates in two ways,” said co-author Jason Houle, of Dartmouth College, in a news release. “The loss of a home clearly impacts individuals and families, and can arouse feelings of loss, shame, or regret. At the same time, rising foreclosure rates affect entire communities because they’re associated with a number of community level resources and stresses, including an increase in crime, abandoned homes, and a sense of insecurity.”

Perhaps not surprising, the findings showed the highest rates among middle aged people between 46 to 64 years old. That age group is particularly vulnerable because foreclosure can permanently alter their futures.

“Foreclosures are a unique suicide risk among the middle-aged,” Houle said. “Middle-aged adults are more likely to own homes and have a higher risk of home foreclosure. They’re also nearing retirement age, so losing assets at that stage in life is likely to have a profound effect on mental health and well-being.”

Generally speaking, most people who commit suicide will show at least one warning sign. According to the Suicide Awareness Voices of Education, some of the warning signs may include:

Dr. Jan Remer-Osborn, neuropsychologist with Advocate Medical Group, recommends that you act immediately if you think there’s a chance someone you know is considering suicide.

“This is a life and death matter,” Dr. Osborn says. “You can save someone’s life by speaking up.”