Keys to a healthy nap 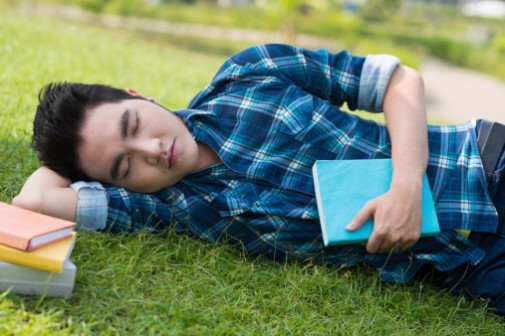 The Centers for Disease Control and Prevention (CDC) have declared sleep deprivation an “epidemic,” with as many as 50 to 70 million U.S. adults suffering from a sleep or wakefulness disorder. Lack of sleep can lead to serious consequences. The National Department of Transportation estimates drowsy driving to be responsible for 1,550 fatalities and 40,000 nonfatal injuries annually in the U.S. alone.

Exactly how much sleep we need generally changes as we age. But the National Institutes of Health suggests that school-age children need at least 10 hours of sleep daily, teens need 9-10 hours, and adults need 7-8 hours.

If you’re not getting the full amount of sleep each night, perhaps a nap is the answer.

According to the National Sleep Foundation, humans are part of a minority of species that divide our days by a period of sleep and one of wakefulness. Nearly 85 percent of other mammals sleep for short periods throughout the entire day.

Unfortunately, most adult Americans associate napping with either young children or much older adults, but research has shown that a short nap of 20 to 30 minutes can have definite health benefits. As long as you don’t overdo it, that is.

“The reason you don’t want to nap any longer than 20 to 30 minutes,” says Christine McBride, clinical sleep educator at Advocate Condell Medical Center in Libertyville, Illinois, “is that you will achieve what we call ‘N3’ sleep, which is a deep, restful sleep. Your body will store that, and you may have a difficult time sleeping later that night.”

McBride recommends a 20 to 30 minute nap to help get you through your day.

“A lot of companies actually have rooms and special chairs set up for their employees to take a brief nap in the afternoon,” she says.

The benefits of healthy naps include:

So as the weather gets nicer, you may want to take your lunch outside under a shady tree for an afternoon siesta. Just be sure to set the alarm on your phone for 20 minutes.