Are selfies leading to cosmetic surgery? 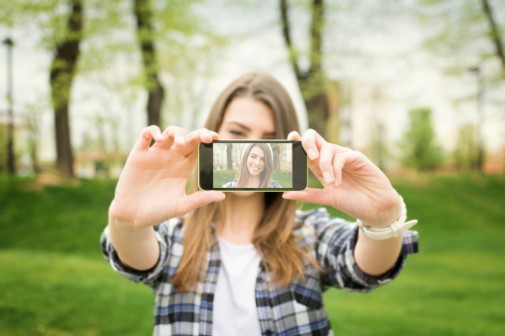 You hear the term all the time and many may be sick of hearing it…selfie. A term recently added to the Oxford Dictionary defined as “a photograph that one has taken of oneself, typically taken with a smartphone or webcam and uploaded to a social media website.”

The selfie phenomenon is not necessarily disappearing anytime soon, but is it affecting people on how they feel about their own looks?

One new study says yes. The American Academy of Facial Plastic and Reconstructive Surgery (AAFPRS) recently conducted a study to see the influence of these photos of facial plastic surgery. The annual study surveyed nearly 2,700 members to determine what’s trending.

The AAFPRS found that surgeons saw a rise in requests for facial plastic surgery in result of people saying they are more conscious of their looks more than ever due to social media. Thirteen percent of members also said that more and more photo sharing and people being unhappy with their looks on social media is a rising trend.

Dr. Niki Christopoulos, board certified plastic surgeon with Advocate Medical Group in Oak Lawn and Chicago, agrees that selfies make people much more aware of how they look in pictures.

“I have definitely seen an increase in the number of patients telling me “they don’t like how they look in pictures,” she says. “And this ranges from the 20-year-olds to the older generations as well.”

Dr. Christopoulos says she’s also seen an uptick in the number of younger patients in their late 20s to early 30’s who are coming in for their first cosmetic procedure.

“As selfies and social acceptance for cosmetic procedures rise, so does the demand by younger patients,” she says. “Many patients, especially women, are now seeing the benefit to preventative and maintenance care. Starting the nonsurgical procedures such as Botox and fillers at a younger age can often delay the need for definitive facial surgeries.”

Dr. Edward Farrior, president of the AAFPRS, said in a press release that, “Social platforms like Instagram, Snapchat and the iPhone app Selfie.im, which are solely image based, force patients to hold a microscope up to their own image and often look at it with a more self-critical eye than ever before. These images are often the first impressions young people put out there to prospective friends, romantic interests and employers and our patients want to put their best face forward.”