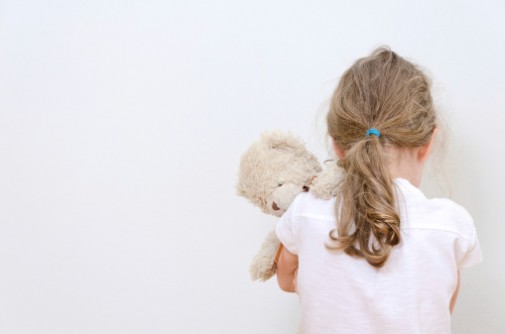 Witnessing a violent act, particularly within your own home and family life, can be traumatizing for any person. For children, it can have even more dire implications. New research reveals that the more domestic violence and trauma a family experiences, the more likely kids will be scarred—right down to their DNA.

In a study published in the June issue of the journal Pediatrics, researchers uncovered that children who lived in less stable environments affected by such things as suicide, domestic violence or a jailed family member, had considerably shorter telomeres than those in stable homes.

Telomeres are found at the end of chromosomes, almost similar to caps on shoe laces. They protect our genetic data and indicate how we’ll age. When cells divide, telomeres shorten until cells can no longer divide. Shorter telomeres are indicators of disease. People with shorter ones could be at a greater risk for the following health conditions:

“Emotional dysregulation refers to difficulty soothing or calming oneself. It also refers to an emotional response that is bigger than what one would normally expect,” explains Petrushka, a licensed clinical social worker.

“When children perpetually feel threatened or in danger, they are operating from the more primitive part of their brain, not the higher level thinking part. They are in survival mode, and they may react with either a flight, fight or freeze response to stressors,” she says.

As a counselor to children at a local domestic violence agency in Wheaton, Ill., Petrushka works with children on safety planning, building emotional regulation skills, helping them understand that the violence is not their fault and partnering with a non-offending caregiver.

“Having opportunities to experience healthy relationships with a caring adult, having predictable routines and structure to daily activities, and having an outlet to play or talk about their feelings can all be helpful ways to promote emotional regulation,” she adds.