Humidity may take a toll on physical activity 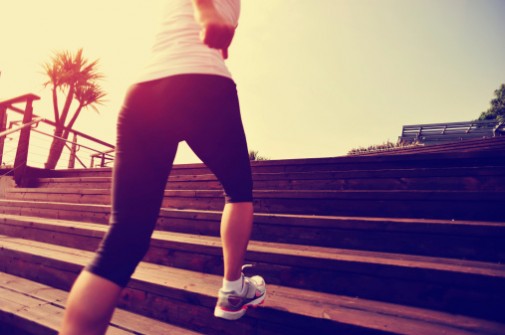 If you’re having trouble exercising during humid summer months, you’re not alone.

A new study has found that adults are less physically active — and more obese — in counties where summers are hot, especially if they are also muggy or rainy. The same is true for areas where winters are particularly cold, cloudy and dark.

Published in the American Journal of Public Health, the new research helps explain why people in certain regions of the United States are more likely to be obese, the study authors said.

The impact of weather on obesity remained even after the researchers controlled for other factors, including urban sprawl, population characteristics, parks, stores and restaurants.

“Living in Texas as I do, the results really resonated for me,” said lead study author Paul von Hippel, in a news release. “Around June or July here, it starts getting hard to think about going outside for a jog or even a brisk walk.”

Developers and planners wanting to encourage physical activity should first consider what people will and won’t do in summer heat, the researchers advise.

“Some planners are more thoughtful about that than others,” von Hippel said. “A great example of thoughtful planning is the hike-and-bike trail along Lady Bird Lake in Austin, Tex. It’s shady, it’s next to water and it attracts thousands of walkers, runners and bikers on the hottest summer days.”

If you’re struggling to stick to your summer fitness plan,Teresa Beckman, a physical therapist at Advocate Condell Medical Center in Libertyville, Ill., offers the following tips:

← 6 tips for a bug-bite-free summer
Can your body provide its own diabetes treatment? →