Home / Today's news / Top Spot / Can your body provide its own diabetes treatment?

Can your body provide its own diabetes treatment? 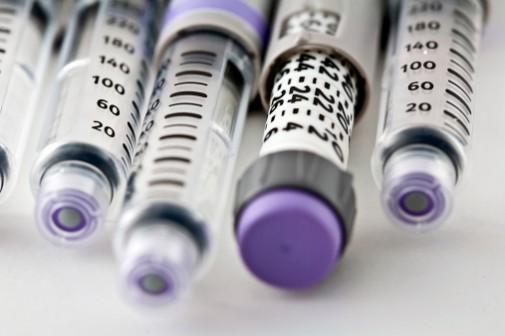 If new research pans out, millions of Americans diagnosed with Type 1 diabetes may be able to use the cells in their own guts to produce the insulin they lack to treat their condition.

Researchers at the Columbia University Medical Center in New York report they’ve successfully converted gastrointestinal cells to insulin-producing cells by switching off just a single gene. The researchers say this lays the groundwork for a possible drug that would re-train cells in the GI tract to produce insulin for the treatment of Type 1 diabetes.

“People have been talking about turning one cell into another for a long time, but until now we hadn’t gotten to the point of creating a fully functional insulin-producing cell by the manipulation of a single target,” the study’s senior author, Dr. Domenico Accili, said in a statement.

According to recent information nearly 10 percent of Americans now have either Type 1 or Type 2 diabetes. Those with Type 1 diabetes are unable to produce enough insulin because their immune systems attack and destroy their natural insulin-producing cells.

The research, published this week in the journal Nature Communications, shows that it may be more feasible to re-train the bodies existing cells than to transplant adult stem cells. Nearly two decades of research has gone into using stem cells to replace insulin-producing cells for patients with Type 1 diabetes, but have not yet been able to replicate completely the necessary cells.

“By showing that human cells can respond in the same way as mouse cells, we have cleared a main hurdle and can now move forward to try to make this treatment a reality,” Dr. Accili said.

The key now, he says, will be finding an appropriate drug that inhibits the FOXO1 gene in human GI cells.

“Creative solutions happen when you involve other medical disciplines in treating specific ailments of the human body,” says Dr. Andrew Albert, gastroenterologist with Advocate Illinois Masonic Medical Center in Chicago. “The GI tract has always been known to adapt to various health issues. If a colon is removed, the small intestine adapts to absorb water, replacing the function of the lost organ. If you remove parts of small intestine, which absorbs nutrients for the body, the colon can, in turn, change function to absorb nutrients. So it’s no surprise that a simple intestinal cell can be altered to function with equal complexity in the case of producing insulin.”

“Though I think we’re still far off from an autonomous pancreas,” he says. “This brings us a great step closer in the right direction.”