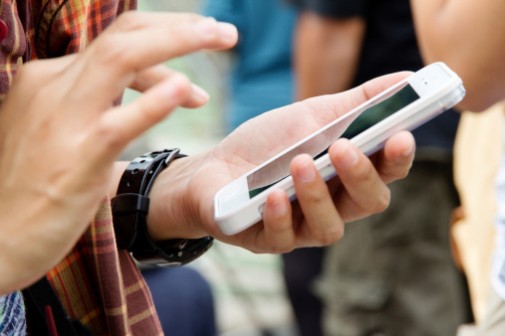 Binge drinking is responsible for about 80,000 deaths each year, according to the Centers for Disease Control and Prevention (CDC), but new research shows something as easy as a text can reduce binge drinking in young adults.

The study, published in the Annals of Emergency Medicine, followed 765 young adults at risk for hazardous drinking for 12 weeks and found sending text messages to the high-risk group following an emergency room visit reduced their binge drinking by about 50 percent.

“Illicit drugs and opiates grab all the headlines, but alcohol remains the fourth leading cause of preventable death in the U.S.,” said Dr. Brian Suffoletto of the University Of Pittsburgh School Of Medicine in Pittsburgh, said in a news release.  “If we can intervene in a meaningful way in the health and habits of people when they are young, we could make a real dent in that tragic statistic.  Alcohol may bring them to the ER, but we can do our part to keep them from becoming repeat visitors.”

“Each day in the U.S., more than 50,000 adults ages 18 to 24 visit ERs and up to half have hazardous alcohol use patterns,” Dr. Suffoletto said in a news release. “More than a third of them report alcohol abuse or dependence.  The emergency department provides a unique setting to screen young adults for drinking problems and to engage with them via their preferred mode of communication to reduce future use.”

To get more information on alcoholism and prevention, click here.

← Gender differences in marathon running
A healthy fear of lightning is a good thing, experts say →