A certain spice a day keeps inflammation at bay 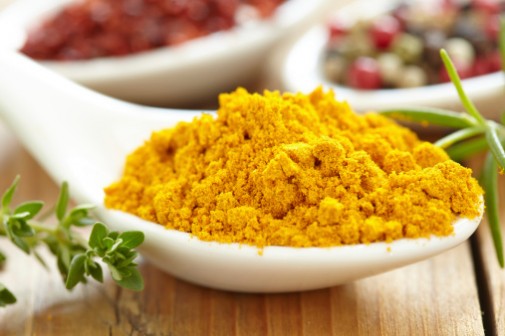 Spicing up your food may be just what the dietitian ordered. Adding the spice, turmeric, to cooking may be a way to lessen inflammatory conditions, according to a study conducted by researchers from The University of Nottingham and Ludwig Maximilian University of Munich.

The European researchers determined that curcumin, an essential ingredient in turmeric, can help suppress the biological mechanisms that lead to inflammation in tendons, the fibrous structures that connect muscles to bones. One such form of inflammation, tendinitis, commonly affects elbows, heels, shoulders and wrists, and causes pain and tenderness that is often worse at night or with movement.

Curcumin provides turmeric with its well-recognized yellow color. The spice is best known for use in curry, a food, dish or sauce in South Asian cuisine. Curry contains a mixture of seasonings.

Janel Hayden, dietitian at Advocate Christ Medical Center in Oak Lawn, Ill., agrees that turmeric can be a healthy addition to a variety of recipes. However, she dispels the perception that turmeric is limited to use solely as a Thai and Indian food spice and, instead, recommends adding it to many different foods.

“People often think turmeric is only for curry. That is not the case. The spice can be added to eggs or mixed with olive oil and put on top of vegetables like cauliflower, broccoli and onion,” Hayden explains. “In fact, turmeric can be added to soups, casseroles and salads.”

She describes the taste of turmeric as warm and bitter. “It is not sweet; it gives food a little kick and flavor,” she says. “And, the great thing about the spice is that it is very inexpensive.”

The researchers involved in the study used a human tendon culture to analyze the way in which curcumin affects interleukins, or cytokines, small cell-signaling protein molecules that activate inflammation genes. The results showed that introducing curcumin inhibits activation of the “switch” that triggers inflammation, thereby, preventing further swelling.

Currently, the treatment for tendinitis includes rest, steroid injections and use of non-steroidal, anti-inflammatory medications (NSAIDs), which are frequently linked to long-term side effects, such as stomach ulcers and kidney failure.

While the researchers do not believe curry, turmeric or curcumin are cures for inflammatory conditions, they are confident the spices offer a new lead in the treatment of such disorders through nutrition—a concept that Hayden strongly supports.

She recommends adding turmeric to food as opposed to taking the spice in pill form. “Leave that sort of prescribing up to a doctor because the turmeric pill can have negative interactions with other medication,” Hayden says. “Cooking with the spice is much healthier and safer.”