Home / Behavioral health / How exercise can build your confidence

How exercise can build your confidence 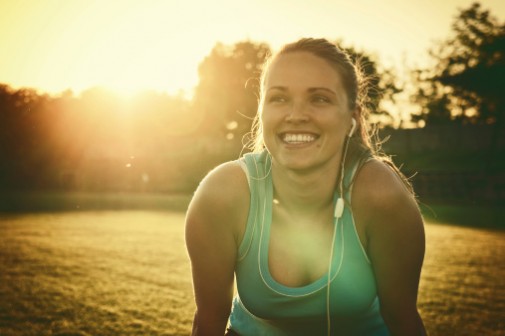 A new study shows that exercise is not just good for weight loss, better health, higher muscle mass and a good mood; but can also lead to a positive perception of body image.

The Gallup-Healthways Well-Being Index interviewed more than 80,000 participants on how they felt about their appearance based on the amount of exercise that they got each day. The report was conducted between January 1 and June 23 in 2014.

Colleen Eggers, a personal trainer/fitness instructor at the Good Samaritan Health and Wellness Center in Downers Grove, Ill., says that the study results line up with her experience.

“Endorphins are released by the pituitary gland, which can be found at the base of the brain,” Eggers says. “This tiny pea shaped gland releases chemicals in your body that help to make you feel exhilarated, happy, and also helps to block feelings of pain so you can ‘power’ through your exercises.”

Endorphins not only help boost your mood, but it can also lower feelings of anxiety and depression, according to the Gallup-Healthways poll.

“Working out as little as 30 minutes a day can help you feel stronger, look stronger and increase your mood,” Eggers adds. “All of these can make you have a better self-esteem and a better outlook on life.”