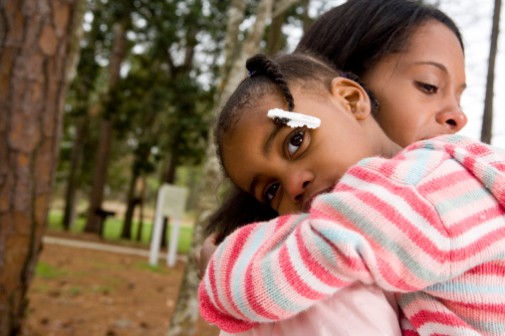 Most parents want to protect their kids and keep them safe, but now researchers say that there may be a link between overprotective parenting and childhood obesity.

Kids were 13 percent more likely to be overweight or obese at the age of 10 or 11 when they had mothers with above average levels of protectiveness, according to researchers at Telethon Kids in Australia who examined longitudinal data.

To determine how protective parents were compared to others, researchers asked them to answer questions about their behavior on a scale of one to five with one being “never/almost never” and five being “almost always/always.”

Researchers found that parents’ responses prior to the age of 10 were not correlated to obesity, however for kids ages 10-11 there was a correlation.

“Parenting is hard work,” says Judy Petrushka, a licensed clinical social worker at Advocate Good Samaritan Hospital in Downers Grove, Ill. “Sometimes parents need to take a few deep breaths and think through decisions about what their kids need to be safe while creating space for healthy development. It is important to remember that rules that were appropriate when a child is six-years-old will need to be re-evaluated as the child moves toward adolescence.”

“Being overprotective is a natural parental instinct. We want to protect our young from danger, disillusion or sadness. We feel that by keeping them safe we ensure success,” Dr. Portela says. “However being over protective has developmental consequences as it can hinder a child’s intellectual and physical advancement.”

Dr. Portela reminds parents that it is their job to teach their children how to stand on their own feet by respecting their desire for independence while keeping communication lines open. This can help children feel a sense of accomplishment and help them learn how to take on larger responsibilities, she says.

← How exercise can build your confidence
The 411 on school physicals →