Working out for better grades? 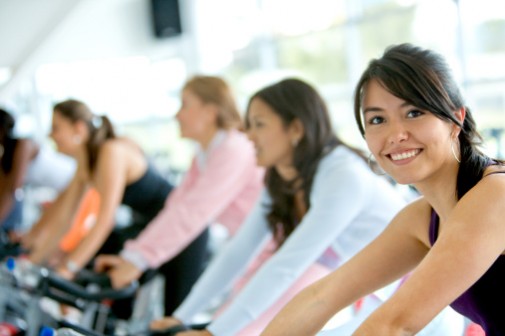 Experts say your work out can do more than just boost your health, but also can help your brain.

New research from Michigan State University (MSU), published in the Recreational Sports Journal, says those with a gym membership in college have higher GPAs then those who do not. Results showed that freshmen and sophomores who had recreational sports and fitness center memberships were not only more likely to get the better grades, but also stay in school longer.

The findings showed that students with memberships had a 3.5 percent increase in two-year retention rates. MSU kinesiology and epidemiology professor and study leader, James Pivarnik, said in a statement that this select group of students is only about 1,575 of a population of 49,000.

With the option of a fitness center at the university, it creates a better connection between the students and the institution, study leaders said.

“These results provide a compelling argument to universities that a higher student retention rate could be enhanced just by having adequate recreational and fitness facilities for students,” Pivarnik said in the statement.

Pivarnik and his team studied about 4,840 freshman and sophomore students. Some students had purchased the university’s fitness center membership and some did not. After analyzing the students’ academic patterns for four consecutive semesters, those who had memberships had a better cumulative GPA by about 0.13 points, and also had more credits completed.

He also mentioned that 74 percent of students with memberships advanced their academic status, versus the 60 percent of non-members.

“Although this number may not appear to be significant, in the end, that amount could mean the difference to those students on the cusp of getting into graduate school or even advancing to the next academic year,” Pivarnik said in a statement.

The study concludes that having fitness facilities available for students is not only beneficial for the students’ well-being, but for the university as a whole. Retaining more students that have higher GPAs is important for everyone, Pivarnik notes.