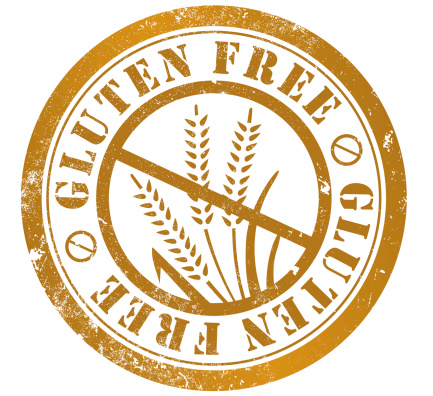 With nearly 3 million people in the U.S. suffering from celiac disease, last year the Food and Drug Administration (FDA) stressed the importance that food labels regarding gluten are clear and accurate. So, in 2013, the FDA called for all foods that are labeled “gluten-free” to meet strict requirements within a year.

The rules officially went into effect last week on August 5, 2014.

The requirements state that a “gluten-free” product must have “a gluten limit of less than 20 ppm (parts per million).” The FDA says that this level is the lowest that can be identified in foods using valid scientific analytical tools. This amount can also be stomached by most with celiac disease and is a food safety standard that is set in other countries as well. Before the ruling, the FDA reported that nearly 5 percent of those foods with a “gluten-free” label contained 20 ppm or more of gluten.

For those with celiac disease, consuming a product with gluten can cause a trigger affect and make them very ill.

“For those with celiac disease, the “gluten-free” diet is not a choice,” says Carrie Ek, registered dietitian at Advocate Children’s Hospital in Park Ridge, Ill. “People with celiac can be very sick, lose weight, children do not grow, have lots of diarrhea/constipation, nutrition deficiencies and it can trigger other autoimmune diseases if they do not eat a “gluten-free” diet.”

Felicia Billingslea, director of the FDA’s division of food labeling and standards, said in the FDA press release, that, “This standard ‘gluten-free’ definition eliminates uncertainty about how food producers label their products. People with celiac disease can rest assured that foods labeled ‘gluten-free’ meet a clear standard established and enforced by FDA.”

If a label claims to be “gluten-free” and does not meet standards, the FDA can take regulatory action.

Billingslea does warn that some foods on the shelf may have been produced before the final rule, so legally these products can be out there until their shelf-life runs out.

The FDA says consumers should contact the manufacturer or review their website if they have any doubts.

As for restaurants, the FDA says the products that are being used should follow the labeling requirements for those using packaged foods. The FDA partners with state and local governments on monitoring “gluten-free” labeling in restaurants.

Ek says this new strict mandate is great news for those with celiac disease.

“For many years food manufacturers have been labeling foods “gluten-free” which has really meant nothing legally,” Ek says. “Now that so many people are choosing to eat “gluten-free” and it has become such a “food trend,” the label has been placed on many foods simply as a marketing tool.”

Ek says the new labeling law takes into account cross-contact. “Many foods may not contain wheat, rye or barley in the ingredient lists, but do have a lot of wheat accidently in the food through cross-contact in the manufacturing process,” she says. “This has been a big problem for people with celiac and many have become sick when accidently eating gluten this way.”

Ek says many foods are “gluten-free” even though they may not have the label on them, such as rice and potatoes.

“I always tell people to still always read the ingredient lists thoroughly to be safe,” she says.

← Is your child’s birthmark cause for concern?
Energy drinks may pack a deadly punch →