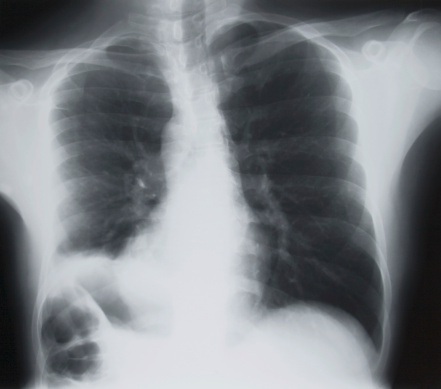 NCI researchers collected data from nearly half a million Americans diagnosed with lung cancer between 1977 and 2010. They found that over the three decades, the overall lung cancer rate had dropped approximately 12 percent.

One type of lung cancer that’s on the rise is called adenocarcinoma, which accounts for about 40 percent of all lung cancers, according to the American Cancer Society.

“The good news is that lung cancer rates are declining. However, it’s not as clear for certain subtypes, and we are not exactly sure of the reasons behind these increases,” said lead study author Denise Riedel Lewis, in a news release.

Nearly 160,000 Americans will die as a result of lung cancer in 2014, the American Lung Association (ALA) estimates. It causes more deaths in the U.S. than the next three most common cancers – breast, colorectal and pancreatic – combined.

While the study authors could not draw a definitive conclusion about what’s causing the decline in overall lung cancer rates, they infer that it’s mostly due to decreases in smoking.

“One of the best things you can do for your overall health is quit smoking,” said Dr. Michael Cochran, an oncologist with Advocate Condell Medical Center in Libertyville, Ill. “And if you haven’t started, don’t.”

According to the ALA, around 90 percent of lung cancer cases can be directly attributable to smoking.

“In addition to causing lung cancer, smoking has been linked to a slew of other diseases,” Dr. Cochran adds. “Rheumatoid arthritis, vision loss, tuberculosis, impaired immune function, the list goes on and on.”

← Does a wearable baby monitor take tech too far?
What Robin Williams’ death can teach us →