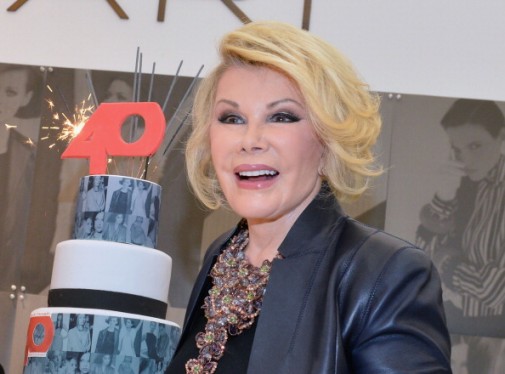 Comedienne Joan Rivers, who has made us laugh for years with her acrid humor and raspy voice has remained hospitalized and reliant on life support for the past week after suffering cardiac and respiratory arrest during a minor elective outpatient procedure on her vocal cords, according to published reports.

But, what does it mean to be placed on life support and why is it necessary? health enews checked in with Dr. James Doherty, director of trauma, at Advocate Christ Medical Center in Oak Lawn, Ill., to explain.

“The term, ‘life support,’ refers to the use of artificial means to support functions necessary to maintain life and includes therapies as mechanical ventilation when a patient is not able to breathe adequately and dialysis when the patient’s kidneys do not work,” Dr. Doherty says. “After cardiac and respiratory arrest, it is not uncommon for a patient to require medications and machines to support the cardiovascular and respiratory systems until the patient recovers sufficiently to make such support no longer necessary.”

“Many patients recover fully and return to their previous lives with few long-term effects. Unfortunately, in some severe cases, patients may remain dependent on support measures long-term,” Doherty says.

However, when the chances for recovery are poor and the patient’s quality of life is severely compromised, families sometimes choose to withdraw life-support measures. Such a decision often relies upon the patient’s wishes as outlined in a pre-existing living will. When such a document does not exist, the decision is made on the basis of a family’s belief that their loved one would not want to be kept alive using such extreme measures with so little hope for recovery.

In some cases, the focus of care changes from aggressively supporting vital functions to making the patient as comfortable as possible and allowing him or her to die with dignity.

The actress and stand-up comedienne also is well known as host on E! Network’s Fashion Police, where she has dished about the red carpet’s worst-dressed celebrities.  Both Rivers and her daughter have appeared together in the reality TV show, Joan & Melissa: Joan Knows Best?