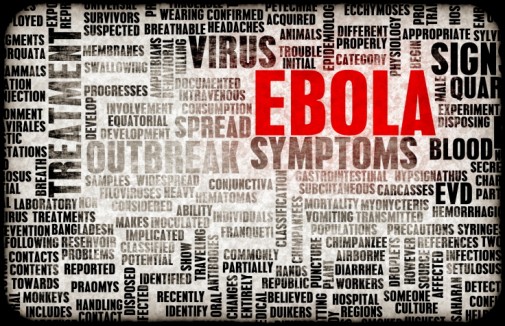 According to the latest reports, the Ebola outbreak in West Africa has now claimed the lives of nearly 2,100 people and infected nearly twice that number across five nations. And the threat has become so real that President Barack Obama is pledging U.S. military support to the affected nations to assist aid workers and contain the threat of spread.

On this week’s Meet the Press on NBC, the President spoke to the issue, indicating that containment is a “national security priority.”

“We have to mobilize the international community, get resources in there,” President Obama says in the interview. “And we’re going to have to get U.S. military assets just to set up, for example isolation units and equipment there, to provide security for public health workers surging from around the world.”

The Centers for Disease Control and Prevention (CDC) and infection control experts maintain that the current outbreak—the largest ever—does not currently pose a threat to the U.S., where advanced quarantine capabilities and planning exist to isolate possible exposure to the virus. However, the President maintains that the long-term possibility of spread is imminent, if action isn’t taken now to contain the virus.

“If we don’t make that effort now, and this spreads, not just through Africa, but other parts of the world, there’s the prospect, then, that the virus mutates,” he says in the interview. “It becomes more easily transmittable, and then it could be a serious danger to the United States.”

So far, the virus has been limited to Guinea, Liberia, Nigeria, Senegal and Sierra Leone. However, with recent reports that the region is further at risk by possible infection from livestock, the fear that the virus will continue to spread throughout Africa and, eventually, beyond is becoming very real.

However, though West Africa may have reached a tipping point in the battle against the virus, health officials remain optimistic that the President’s plans to step in will alleviate any possible threat to the U.S.

According to Dr. James Malow, infection control specialist at Advocate Illinois Masonic Medical Center in Chicago, Ebola is not a common disease prone to cause a world-wide pandemic. Medical advances in isolation protocols and equipment at U.S. hospitals make the containment of the virus—passed by body fluids, like blood, vomit, sweat, semen and breast milk—much more effective than is currently possible in developing nations.

And, as the President indicates in his interview, the Ebola virus is not as easily spread through common contact, like the flu or the common cold, Dr. Malow says.

As for the possible mutation of the Ebola virus, which may make it more easily transmissible and, therefore, a greater threat, Dr. Malow says that the Ebola virus has been shown in study to mutate very rapidly.

“There is the potential that something could change, becoming either more invasive or less so,” he says. “We just don’t know.”

Dr. Malow says there has been study of the current outbreak in Sierra Leone that shows the virus has mutated as much as 300 times since it began. However, there’s still no proof that these mutations have changed the way the virus is transmitted through contact with infected bodily fluids.

“Again, we just don’t know what will ultimately occur,” he says. “I don’t anticipate a world-wide pandemic, as long as we take the actions the President is proposing—isolating the virus and getting it to burn out.”

In addition to the U.S. efforts to contain the virus, Dr. Malow says the CDC is working overtime to develop a possible vaccination.

← The connection between bullying and nightmares
Talking about hemorrhoids →