Home / Advocate Medical Group / Can you be overhydrated?

Can you be overhydrated? 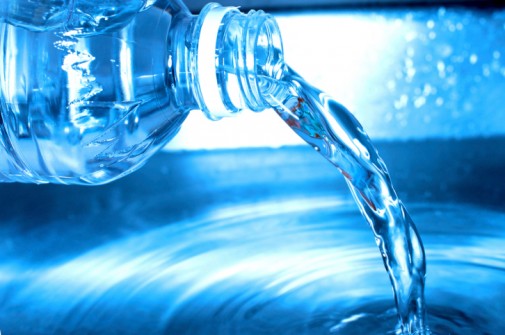 Drinking lots of water before a race or a game may seem like a good choice for athletes. However, too much water can be too much of a good thing, according to a study published in the British Journal of Medicine.

Excessive water consumption can cause exercise-associated hyponatremia, a potentially deadly condition where the body is unable to remove the water causing the sodium content of blood to be diluted to dangerously low levels. This causes cells to absorb the water and swell which is especially dangerous in the brain. Symptoms of hyponatremia include muscle cramps, nausea, vomiting, seizures and unconsciousness.

According to the study, more than one third of runners drink according to a preset schedule or to maintain a certain body weight and 9 percent drink as much water as possible. More than half say they drink sports drinks because the drinks have electrolytes that prevent low blood sodium; however, low sodium in runners is actually attributed to drinking too much water or sports drinks.

“There is no question that over-hydration from drinking excessive amounts of water combined with electrolyte loss following extreme endurance sports and conditions can result in hyponatremia,” said Dr. Steven Chudik, an orthopedic surgeon and sports medicine physician at Advocate Good Samaritan Hospital in Downers Grove, Ill. “However, dehydration is a far more common problem and adequate rehydration with a balance of water and electrolytes is very important. Drinking water is still the most important thing to do to stay hydrated, healthy and maintain performance.”

During normal activity, getting thirsty is a signal to the body to drink more water. However this is not the case when someone is exercising, in hot weather or feeling ill. In these situations, Dr. Chudik says that by the time we are thirsty it is too late to replenish fluids completely.

Common signs of dehydration include:

“I recommend athletes take a more moderate approach to hydrating by drinking about 12 to 16 ounces of water before a game or workout and continuing to sip fluids throughout the activity and afterwards,” said Dr. Chudik. “They also need to replenish electrolytes by eating foods with salt, or drinking sports or oral rehydration solutions.”