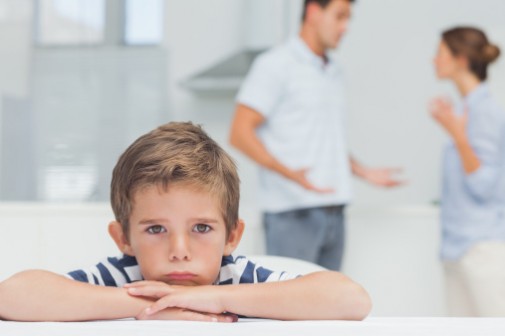 Research has already been done on how fighting parents can affect children’s stress levels and mental development. Now new research says that prolonged exposure to physical and verbal aggression between parents can prevent children from recognizing and controlling emotions.

Study results, published in the journal Development and Psychopathology, also revealed that other factors, such household chaos and extended periods of poverty, can also take a large emotional toll on children and their ability to adjust.

Researchers studied a group of 1,025 children from eastern North Carolina and central Pennsylvania from 2 months of age up to 4 years and 10 months old with their families. These families lived in high poverty areas.

Through questionnaires conducted during a series of home visits, researchers measured stability against the level of household chaos, which included:

At the 4 year 10 month mark, researchers assessed children’s ability to correctly recognize and identify emotions. The results showed that greater exposure to physical aggression between parents was linked with children’s lower performance on a simple emotions labeling task.

The longer children were exposed to aggression between parents, the greater children struggled with their ability to regulate their own feelings of sadness, withdrawal and fear, which reportedly put them at greater risk later on for symptoms of anxiety and depression.

“This study shines a bright light on the importance of supporting parents as they navigate ups and downs of partnership or marriage,” said lead study author Cybele Raver in a statement.

“Parents need help regulating their own feelings of anger, frustration and worry when balancing the demands of work, family and romantic partnership, especially when money is tight,” added Raver, professor of applied psychology at NYU Steinhardt in New York.