Home / Fitness & Wellness / Are you ready for flu season?

Are you ready for flu season? 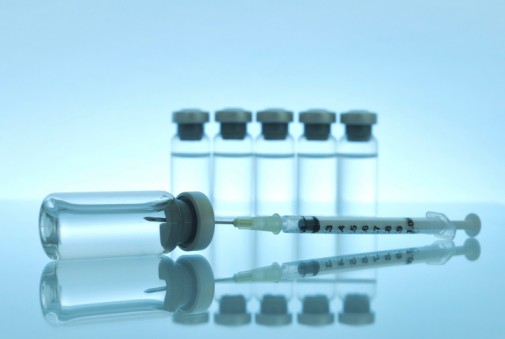 Influenza affects each individual differently, sometimes leading to hospitalization or even death if not treated properly or in a timely manner. But, one simple step can protect against the flu or lessen the severity of the infection if it does occur – a flu shot.

“Even if people don’t want to get [a flu shot], everyone should,” says Dr. Susan Hamada, internal medicine specialist with Advocate Medical Group and Advocate Sherman Hospital in Elgin, Ill. “Influenza can be very, very serious. Even if you think you aren’t going to get sick, why not do something that can help prevent it?”

Flu vaccine manufacturers project to provide between 151 and 159 million doses of the vaccine this season, up from 134 million doses last year, according to the Centers for Disease Control and Prevention.

Nearly 60 percent of flu-associated hospitalizations last year were in people 18 to 64 years old.

Flu season most commonly peaks between December and February, but activity can start as early as October. It is recommended that everyone 6 months old and older get vaccinated, preferably in October.

“A few years ago, we were seeing a lot of people sick with the flu in October,” says Hamada. “That hasn’t been the case recently because a lot more people are getting vaccinated. Manufacturers usually get [the vaccine] right.”

This year’s vaccine consists of two strains of influenza A, including H1N1, and a strain of influenza B. About 77 million doses available this year protect against a second B virus.

The vaccine can be administered through a nasal spray or injection.

Children between 2 and 8 years old should receive the nasal spray vaccine, but the spray is not recommended for women who are, or think they may be, pregnant, and is only approved for people up to 49 years old.

For those 65 and older, the federal health agency recommends a high-dose flu shot, Fluzone, which contains four times the part of the vaccine that stimulates the immune system.

“For the older adult population, their immune system isn’t as strong, so they don’t have the same response to the vaccine,” says Hamada. “A higher-dose vaccine brings on a better response, and tends to work more efficiently.”

Two common misnomers, Hamada says, are that patients think the flu shot protects against every virus and that for some, they may get sick because of the injection.

The only side effect from the shot is that a person may be achy for a day or two in the area near and around the injection spot. Those with egg allergies should not get the shot, as it can bring on an allergic reaction.

The notion that a person won’t get the flu because they already had it is also false.

“You may have had the flu, but was influenza A, not B,” says Hamada. “That is why it is so important to get your flu shot.”

Besides a flu shot, people should practice proper hand-washing techniques and cover their mouths when coughing to prevent the illness. They should also visit a physician after the onset of a fever, chills or body ache, and avoid others who may be sick.

“It’s a pretty common-sense approach,” says Hamada. “The flu doesn’t come on slowly, it hits you like a truck. “If you get a flu shot, you are far less likely to get sick, and tend to recover faster if you do.”