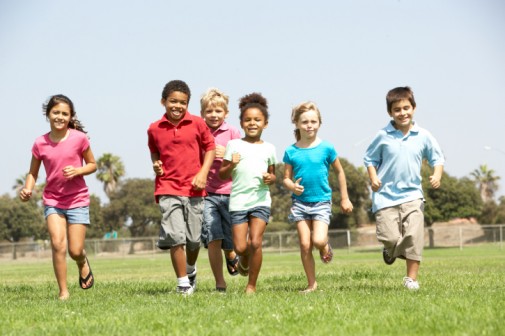 Regular daily exercise is not only beneficial for children’s physical health, but it may also improve their cognitive functioning, experts say.

A new study published in the journal Pediatrics found that kids who get at least 60 minutes of physical activity after school every day experience improvements in their attention spans and multi-tasking skills.

Researchers recruited over 200 children, ages 7-9, and split them into two groups. The first group was enrolled in an exercise program called FITKids, while the second group was placed on a waiting list.

Based on the CATCH program launched by the National Institutes of Health, FITKids involved the children engaging in a minimum of 60 minutes of moderate-to-vigorous physical activity every day after school.

After nine months, the results revealed that the children in FITKids showed a significant increase in fitness during the study period compared to those in the control.

However, the researchers also found that the kids in the exercise group demonstrated improvements in “attention inhibition” – or the ability to ignore distractions and focus on tasks – compared with the control group.

Additionally, those in FITKids had better “cognitive flexibility,” which is basically the ability to switch between different intellectual tasks successfully, such as reading something and then answering questions about that reading, the researchers said.

“These findings demonstrate a causal effect of a physical activity (PA) program on executive control, and provide support for PA for improving childhood cognition and brain health,” the study authors conclude.

And it is not only children’s brains that may benefit from physical activity. Recent studies have found that aerobic exercise in older adults may protect brain function and improve memory.

So instead of sending your kids out to play, join them, says Teresa Beckman, a physical therapist at Advocate Condell Medical Center in Libertyville, Ill.

“Start by trying to incorporate small changes into your daily life,” Beckman said. “For example, rather than playing a board game with your child, go outside and play hopscotch. Or if you’re planning a trip to your local playground, try walking instead of driving.”