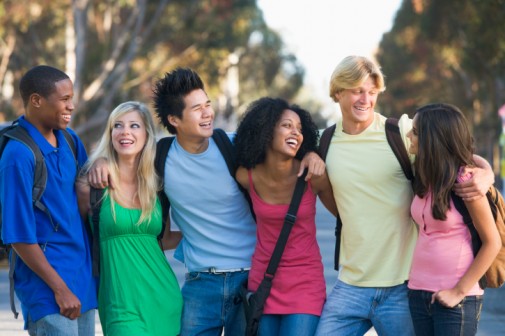 New research says American college kids are healthier than their counterparts in the United Kingdom.

A study from American University found that U.S. college students are more physically active, eat better and smoke less than U.K. students. The findings were published in the journal Education and Health.

“Among U.S. students, we see greater consumption of fruits and vegetables, more participation in organized sports, and less smoking,” said American University study leader Stacey Snelling, “Participation in organized sports and exercise could reflect the more formal focus on physical activity at the college level that we have in the U.S. The study shows that certain policies and laws in the U.S. are making an impact, particularly with regard to smoke-free campuses.”

When it comes to smoking, U.K. students are twice as likely to light up. Nearly 40 percent of them smoke compared to just 16 percent in the U.S. The abundance of smoke free campuses across the U.S. is the likely reason, researchers said.

Study leaders said that improving the health of college students needs to be a priority. But getting the kids onboard is a challenge.

“Health education programs on college campuses need to catch the attention of young folks. In the U.S. we have creative ways of reaching students through social marketing and peer-to-peer education, among other methods,” Snelling said. “But the study results raise the question of where we can improve, also in the U.S., on how colleges and universities can have more coordinated programming to address the whole student.”

Among other findings, U.S. students consume a greater amount of fruits and vegetables and that may be credited to residence hall policies that push for healthier meal plan offerings. U.K. students ate 1.5 fruits or vegetables per day compared with U.S. students who ate 3.5, the study found.

Researchers also looked at the amount of drinking taking place on campus. Things aren’t trending well on either side of the Atlantic.

“Alcohol consumption remains a challenge for colleges and universities in both countries and continues to need addressing,” Snelling said.

And that advice holds true for everyone, not just college kids say health experts.