Mooove over organic milk! Conventional milk is just as good 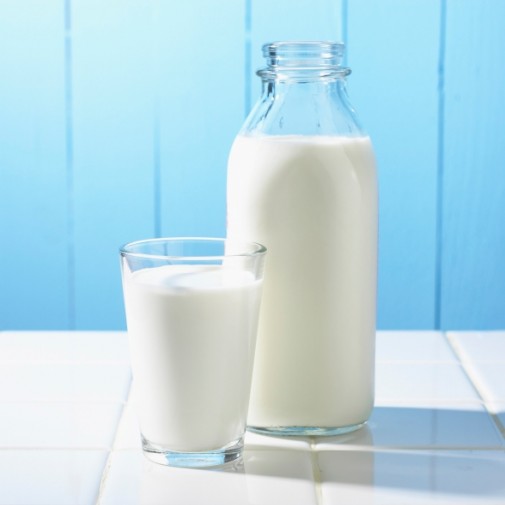 Organic has become all the rage for grocery shoppers. More and more consumers are spending big bucks to get products that don’t contain pesticides, especially milk, but is it really worth it?

New research published in the Journal of Dairy Science finds there are no added nutritional benefits from drinking organic cow’s milk versus non-organic milk.

New Zealand researchers reviewed 200 separate studies on the differences between organic and conventional milk for their conclusions.

The studies showed that it all comes down to how and where cows are fed.

“The differences in milk composition observed are actually due to the different diets of the cows (i.e. pasture versus concentrate feeding) rather than organic versus conventional farming systems,” said lead investigator Don Otter in a press release.

Study leaders said that when it comes to nutrition, there’s just not a lot of differences between organic and non-organic.

“Therefore in terms of nutrients in milk, there is nothing distinct about organic milk that makes it unique from conventionally produced milk once the different factors that influence milk production are compared or adjusted for,” study leaders said.

According to researchers, the term ‘organic’ dairy is defined simply by regulations that differ from one country to the next. Cows that produce organic milk are tied to pasture and forage feeding, they encounter lower amounts of fertilization and they use mixed or minority breeds.

On the other hand, ‘conventional’ basically means anything that is not ‘organic.’ There are three factors that constitute conventional milk: the cows are given high levels of grain feed, the type of breed that characteristically produces high milk volumes and the amount of fertilizer on the grass.

Catherine LaBella, registered dietician at Advocate Lutheran General Hospital in Park Ridge, Ill., believes you can benefit from drinking milk regardless if it’s organic or not.

“Milk is a great source of calcium, Vitamin K, potassium and other nutrients,” she says. “It’s a significant source of protein.”