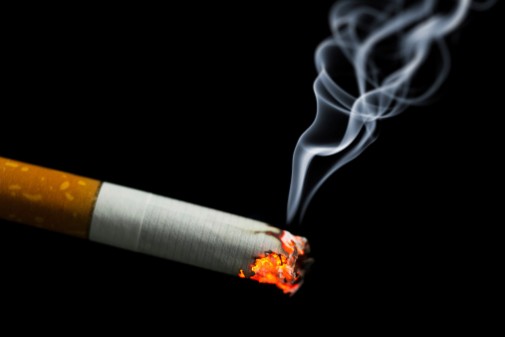 We say that 480,000 Americans die of smoking-related causes each year, but a new study finds smoking may actually kill 540,000 people each year. The smaller figure comes from the U.S. Surgeon General, which keeps track of deaths due to 21 smoking-related causes such as lung cancer, heart disease, chronic obstructive pulmonary disease (COPD), esophageal cancer and mouth cancer

But researchers found other causes of death that were also more common in smokers. When taking these illnesses – such as kidney failure, intestinal disease, heart disease caused by high blood pressure, infections and respiratory diseases other than COPD – into consideration, the number of annual smoking-related deaths increases another 60,000, to 540,000. That’s about one in every five deaths in the United States.

Members of the medical community stress that reducing the number is only possible if smoking prevention is a top health priority. And that requires reinforcing education about the harmful effects of smoking.

“Many people are aware that smoking causes lung cancer, but all too often they think it will not happen to them,” said Dr. Charles Jaffe, a cardiologist with Advocate Condell Medical Center in Libertyville, Ill. “They may not get cancer but there is also an increased risk of getting COPD, heart disease, strokes and peripheral vascular disease. It needs to be a high priority to prevent people from smoking because so many diseases can be prevented from not smoking.”

Dr. Jaffe said that weaning off cigarettes can be effective. Patches, gum and other over-the-counter methods are helpful, while medications often are more effective and can be well-tolerated, he said.

“Patients often are too worried about potential side effects of medications to help them quit and will not even try them,” he said, adding that smokers should discuss the risks and benefits of prescription medications for smoking cessation with their physician.

When Dr. Jaffe’s patients who smoke ask him for suggestions for quitting, he offers the following method.

Continue decreasing the number by two or three cigarettes per day for an entire week until you can quit.

“I tell them they can only smoke what is in the bag for that day,” he explained.

According to the Surgeon General, smoking remains the single largest cause of preventable disease and death in the United States.

← Your phone may be your best weight loss tool
What do you know about mono? →