Stillbirths may lead to higher risk of depression 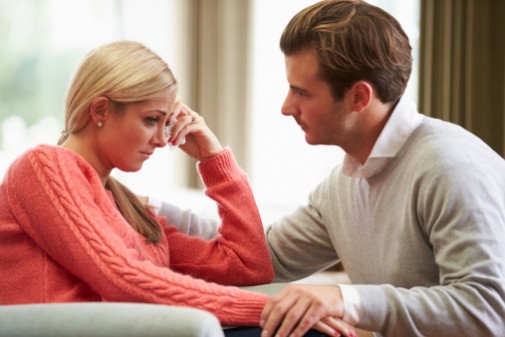 People love to celebrate a pregnancy, but when the pregnancy ends in stillbirth, parents grieve the loss of their child. Over time, that grief can turn into depression.

Pregnant women with a history of depression are more likely to develop post-partum depression, but a new study looked at the effects of stillbirth on women who have never been depressed. Researchers at the Emory University School of Public Health and School of Medicine discovered that these women have three times the risk of developing depression than women who had healthy live births.

According to the researchers, the symptoms of normal grief after a pregnancy loss can look like clinical depression, but when those symptoms continue or get worse more than six months later, there may be reason to worry.

“Stillbirth can be very traumatic. The unexpected nature of stillbirth often leads mothers to seek answers,” says Dr. Jamilah Okoe, an obstetrician/gynecologist at Advocate South Suburban Hospital. “Maternal causes of stillbirth such as hypertension and diabetes are also known to be risk factors. Access to good health care can aid in managing these diseases and reducing the risk of stillbirth.”

Today, one in 200 pregnancies in the U.S. ends in stillbirth – defined as pregnancy loss after 20 weeks gestation – and many still go unexplained. According to the March of Dimes, there are many possible causes of stillbirth and often, more than one of these causes may contribute to the baby’s death. Birth defects, placental problems, poor growth, infections, chronic health conditions and umbilical cord accidents are just some of the known factors.

“Women at risk for stillbirth share similar risk factors with women at risk for depression. Quality follow-up can help identify these women and provide them with the resources needed to reduce the risk of depression and recurrence of stillbirth,” says Dr. Okoe.