Up the age for cigarette purchases to save lives 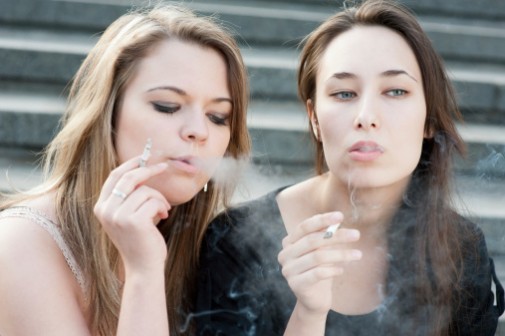 Should the legal age to buy cigarettes rise to 21 from 18?

A new report makes a strong case for this change. According to a report published by The Institute of Medicine, if the age was raised to 21, there would be about 223,000 fewer premature deaths, 50,000 fewer deaths from lung cancer and 4.2 million fewer years lost. And that’s only among the generation born between 2000 and 2019.

“Raising the legal age for buying cigarettes would make it more difficult for young people to start smoking,” says Dr. Coury. “And if you reduce the availability of cigarettes, you’re also going to reduce emphysema, heart disease, stroke and the many cancers correlated with smoking.”

According to the report, tobacco control over the last 50 years has led to about 8 million fewer premature deaths. But more than 40 million Americans still smoke — nearly 18 percent of all adults. Among adults who smoke every day, about 90 percent started before age 19 and almost 100 percent did so before age 26.

The report comes from a panel of experts who offer these conclusions:

Additionally, the committee would expect to see decreases in smoking-related diseases such as lung cancer and heart disease. And along with the immediate improvement in the health of adolescents and young adults, there would be less exposure to secondhand smoke for everyone.

While the federal government cannot raise the minimum legal age for buying cigarettes some states have already taken action.  In Alabama, Alaska, New Jersey and Utah — it’s 19 and in some cities, including New York City, the age to purchase tobacco is 21.