How some cancers ‘hide’ 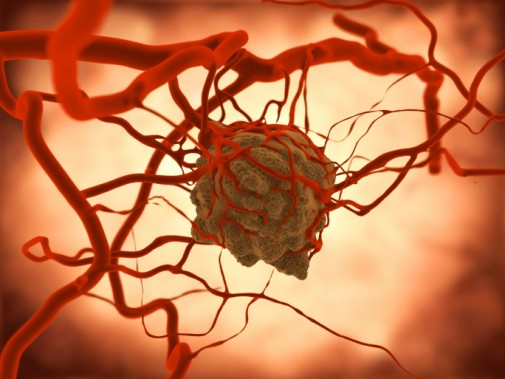 Some cancers hide, while others present symptoms warning a person something just isn’t right.

Colorectal cancer is one of the “hidden cancers,” and individuals typically don’t experience any symptoms early on. That makes screenings to prevent and treat the deadly disease even more important.

Debbi Lynd, of Woodstock, Ill., considers herself a very healthy person who knows her body.

The 58-year-old noticed a change in her bathroom habits last summer, and a colonoscopy later revealed a mass which led to her diagnosis of early stage colon cancer.

“We left the hospital in a state of shock, but it appears to be one of those things we caught early enough,” says Lynd. “I know my own body, and knew something was going on. I just didn’t see this devastation coming.”

The death rate from colon cancer has been dropping for more than 20 years, according to the American Cancer Society. Experts attribute the decrease to more people being screened, and improved treatment options.

“Hearing a diagnosis of any type is extremely devastating to a patient,” says Dr. Jennifer Dorfmeister, gastroenterologist on staff at Advocate Sherman Hospital in Elgin, Ill. “It turns their world upside down in an instant. Patients should ask their physician about the options available to make the best educated decision as to what is the best screening modality for them.”

Since Lynd’s diagnosis, she has completed chemotherapy and radiation treatments at Sherman Hospital. She could have the mass removed through surgery in the near future.

“Cancer is mean,” says Lynd. “This is something you don’t go through alone, but as a family. If your doctor feels there is a need for a test, go get tested. The earlier you catch it, the better the treatment options and the increased chances of them being successful.”

“Every patient deals with the diagnosis differently, and there are multiple avenues of support available,” she says. “Patients need support from their family, friends and loved ones, and there are numerous groups both in the community and nationally where patients can seek support.”

Colon cancer is the third most common cancer among men and women in the U.S., and the second most common cause of cancer deaths, according to the American Cancer Society. More than 90 percent of colon cancers are diagnosed in people 50 and older.

If symptoms appear, they may include bloody stool, persistent stomach aches, pains and cramps and unexplained weight loss.

“My advice to patients worried about colon cancer is to get screened,” says Dr. Dorfmeister. “Colon cancer is one of the few cancers that can be prevented, and screenings have proven to save lives.”