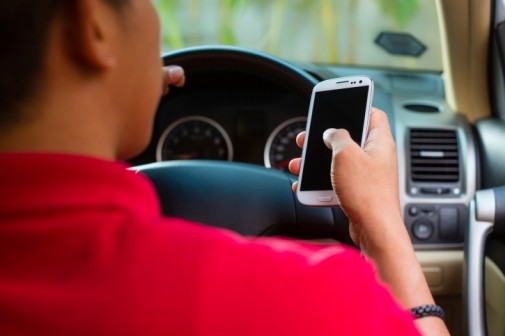 At this very moment, 660,000 people are using a cell phone or manipulating an electronic device while driving.

Distracted driving is responsible for up to 18 percent of all fatal car accidents, killing more than 3,000 people every year, many of them teens, according to the Federal Communications Commission.

According to a new study from researchers at the University of Washington School of Medicine, technology can reduce distracted driving among teenage drivers, and save lives in the process.
Researchers evaluated two different programs –  a camera app that blocks incoming and outgoing calls and texts on cell phones as long as the vehicle is in use, and a camera system that allows parents and teens to review driving behaviors together and look for ways to improve.

In the end, both proved successful. When using the technology, teens were less likely to use their cell phones or drive in risky ways. Researchers also found that teens and their parents actively used the technology rather than dismantle or turn it off.

“We know that teenage drivers are at the highest risk for car accidents,” says Dr. Yazen Joudeh, pediatrician on staff at Advocate South Suburban Hospital in Hazel Crest, Ill. “They lack driving experience, are more likely to speed, and don’t use their seat belts enough. The distractions of phones and texting only increase their risk.”

States are working hard to solve the problem – 45 states currently have laws against texting while driving, and 14 have banned handheld cell phone use when behind the wheel. But, the problem continues to grow.

“The teen years are challenging for both parents and teens,” says Dr. Joudeh. As most parents know, teens like to push boundaries and assert their independence, and research has shown that teen brains are hardwired for risky behaviors.

“In addition, there is less attention span even at traffic lights, where it is tempting to open up applications or text messages, leading to further traffic delays. I’m grateful to see companies developing innovative solutions to help parents keep their children and society safer.”

← 8 menopause myths debunked
Is it safe to let your baby sleep in the car seat? →