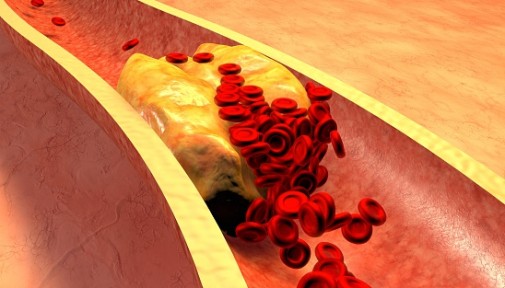 When you have a clog in your pipes, you call a plumber. When you have a clog in your artery or veins which can be a result of Peripheral Artery Disease, diabetes, or obesity, the conversation becomes urgent and you call a doctor. While most of us are familiar with a plumber’s tools like a plunger and rodding equipment, I doubt we are as familiar with the tools of physicians like Dr. Jaweed Sayeed of Advocate Dreyer Vascular Center.

As part of my role in helping the public understand what happens at the Vascular Center, Dr. Sayeed invited me to observe a patient’s procedure. I jumped at the opportunity to view the procedure because his terminology during the explanation flew over my head – higher than a 747. This is a reflection on my background more than his ability to communicate a typical procedure.

Last month, I walked into the Vascular Center and was given a pair of scrubs and lead apron to put on, I was going into surgery. As I stood in my corner to observe, a patient entered the room who had complained of numbness, pain, and a cold foot. The patient was sedated and prepared for surgery by disinfecting any area that would require incision. After that, Dr. Sayeed was ready to go to work. He took a small catheter and entered the artery. As he navigated the artery like he was driving on the highway he finally found the roadblock. Traffic, or blood in this case, was coming to a bottleneck.

“99 percent blocked,” said Dr. Sayeed as he pointed to the screen that provides him with GPS-like navigation of the arteries and veins, showing the blockage and where it was in her body.  The patient’s artery was 99 percent blocked by plaque built up in the artery within her left leg. The staff explained to me that the numbness and cold extremity was caused by blood flow stopping at that point and that the patient’s body had already started creating other veins to allow blood to get where it needed to be – basically her body was building a detour route because of the bottleneck.

A new tool came out, something size of a pen tip. It was described as diamond encrusted sand paper. It was going into the patient to rotate at a high revolution per minute and remove the blockage. After a few minutes of clearing out the debris like a gentle drill, the team inserted a balloon into the artery to increase the space.  As they inflated the balloon, you could already see the artery looking completely different in the space before and after where the blockage had been. Finally they removed the balloon and inserted a stent to help keep the spacing for the artery to have a better pathway. Essentially they changed a one lane highway to a four lane highway.

To prove that blood flow was improved, they used a contrast and injected it into the patient’s artery. As I watched on the monitor, I saw blood flowing to arteries I didn’t see before, and no more bottleneck.

After they were done, I asked a few questions. First, did the patient feel any of that? The answer was no. The patient, who is in a state of conscious sedation, may feel something going on, but rarely remembers anything or feels pain. Second, if it was blocked at 99 percent, what is it now?

“Zero percent blocked, the entire artery was able to be cleared up, but that’s not always the case though,” said Dr. Sayeed.

Finally, how long until that patient can leave? Perhaps the best part – Dr. Sayeed said that patients leave the same day, only a few hours after this procedure, which is all done in the same office.

I spoke to the patient before I left and thanked her for allowing me to watch the procedure. She was fully coherent and explained that she felt warmth in her toes and felt them wiggling again, something she couldn’t remember feeling for a long time.

Similar to how when we flush our toilets with baby wipes or other products can cause a clog, eating poorly, being inactive and other contributions can cause a clog in our arteries. Luckily, I know a pretty handy guy that has the right tools should I ever run into that problem.