New research in thyroid cancer could save lives 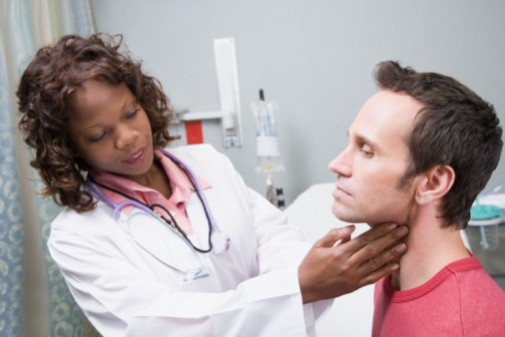 A new study raises the question of whether the current staging system for thyroid cancer should be revised for younger patients to better reflect their prognosis.

Researchers from the Duke Cancer Institute and Duke Clinical Research Institute found that younger thyroid cancer patients with lymph node involvement are at an increase risk of dying, according to the study. This goes against current beliefs and staging forecast tools that classify them as low risk.

“Thyroid cancer incidence has been on the rise for many years now, and this article may change our thinking about prognosis and management for many of these patients,” says Dr. Wendell Malalis, an endocrinologist at Advocate Sherman Hospital in Elgin, Ill. “This study may be clinically significant for a new staging system in thyroid cancer.”

“The interesting point in this study is that they put a significance not only on lymph node detection, but also the number of nodes found,” Dr. Malalis says. “It highlights the importance of pre-operative imaging like a full neck ultrasound and possibly lymph node dissection for patients at a high suspicion for thyroid cancer.”

Currently, the American Joint Committee on Cancer is working to revise the staging criteria for all cancers, including thyroid, the fastest growing malignancy in the U.S.