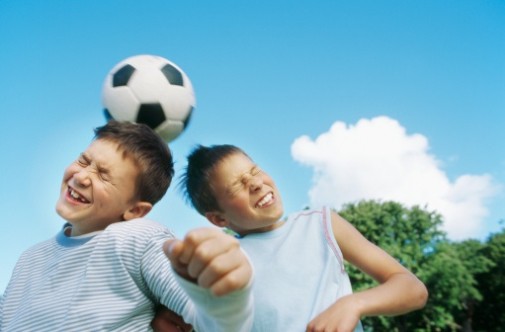 With the euphoria of the U.S. women’s soccer team winning the World Cup, many predict that youth soccer will receive an even bigger boost.

While already one of the fastest growing youth sports, some have called for banning headers due to a rising number of concussions. But, a new study suggests that changing the rules won’t decrease head injuries.

Although headers are sometimes considered the most common reasons player get concussions, athlete-to-athlete contact is the more likely cause, according to the study. Researchers believe banning headers would lower concussions only slightly because nearly 70 percent of concussions among boys and girls were attributed to body-on-body contact between players.

“If you look closely, it’s not generally the impact of the ball to the head that leads to concussions,” study leader R. Dawn Comstock said in a news release. “The vast majority of the time it’s the athlete-to-athlete contact that happens during heading that causes the concussion. One player’s head hitting another player’s head, or a shoulder-to-head collision, that’s the problem.”

The study found that for every 10,000 practices or game action plays, girls suffered 4.5 concussions and boys 2.8. Currently, almost 800,000 teens play soccer in the U.S., a main reason for the increase in head injuries.

Concussions have been in the spotlight as they can lead to long term health problems.

“Concussions are now being talked about more than ever before,” says Dr. Shahida Ahmad, a neurologist at Advocate Trinity Hospital in Chicago. “Any repeated impact to the head can be a dangerous thing.”