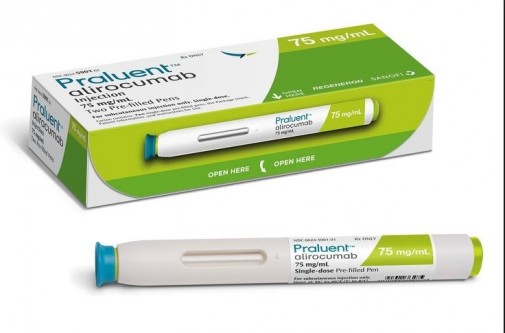 For the first time in 20 years, the Food and Drug Administration (FDA) has approved a new class of cholesterol medication.

Alirocumab, also known by its brand name Praluent, reduced LDL cholesterol between 36 to 59 percent compared to a placebo during clinical trials, the FDA reported.

Currently, adults with a history of heart attack and stroke, or those needing additional help lowering their LDL are eligible for the new medication. The injectable drug will be available in two doses and cost $560 per injection, averaging $14,600 a year for treatment.

The drug was developed for patients with heterozygous familial hypercholesterolemia (HeFH), which is an inherited disease that causes people to have high levels of LDL in their blood beginning at birth. The disease puts them at risk of heart attacks at an early age, according to the National Human Genome Institute.

“Praluent provides another treatment option for patients with HeFH, or with known cardiovascular disease who have not been able to lower their LDL cholesterol enough on statins,” said Dr. John Jenkins, director of the FDA’s Office of New Drugs, Center for Drug Evaluation and Research, in a news release. “The FDA strongly supports continued work to provide new and innovative options for the treatment and prevention of cardiovascular disease.”

According to the Center for Disease Control and Prevention, 73.5 million adults in the U.S. have high LDL. About 610,000 Americans die of heart disease every year – or one in every four deaths.

Medical experts believe that with more research this drug could be taken by more individuals, including those at high risk for heart disease, but who have not had a heart attack or stroke.