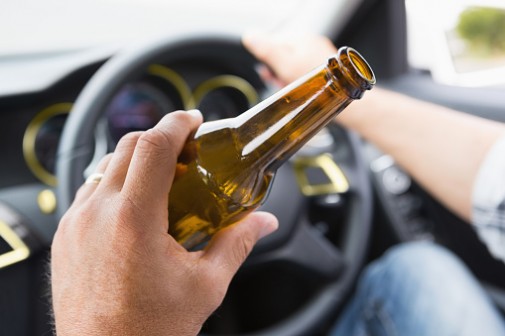 About 4.2 million adults reported drinking and driving at least once within the last month, according to a new study by the U.S. Centers for Disease Control and Prevention.

Drunk driving was found to be most prevalent among men, particularly younger men, according to the data from a 2012 survey. Eight in 10 of the respondents who admitted to drunk driving were men, and those between 21 and 34 years old made up the largest percentage.

“Alcohol impairs our ability to react to changes and make the quick decisions we need to make when behind the wheel,” says Dr. Patricia Lee, chair of emergency medicine at Advocate Illinois Masonic Medical Center in Chicago. “Even a little bit of alcohol in your system can affect your ability to drive safely.”

About 32 percent of fatal car accidents involve a drunk driver, according to the National Council on Alcoholism and Drug Dependence.

“There is no reason drunk driving should be so prevalent,” Dr. Lee says. “There are several organizations and services out there that will drive you home if you or your designated driver have too much to drink.”

She recommends visiting the National Directory of Designated Driver Services before a night out. Smartphone apps like ‘Team Lift’ or ‘Scooter,’ make it even easier to get you and your car home without going behind the wheel after drinking.

“When in doubt, use a designated driver, call a cab or a ride-sharing service, or make other arrangements,” says Dr. Lee. “It’s the safest choice for you, your passengers and others on the road.”

← What you need to know about sugar
Can music help overcome stuttering? →