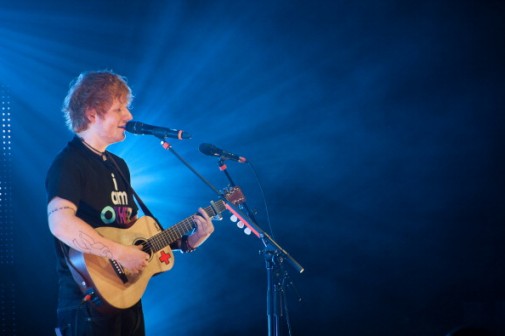 The institute honored Sheeran at the event, and he credited Grammy winning rapper Eminem for helping him conquer stuttering. When he was 9-years-old, Sheeran learned the words to every song on Eminem’s CD “Marshall Mathers.”

“He raps very fast and very melodically and very percussively and it helped me get rid of the stutter,” Sheeran said during the event.

Stuttering is a speech disorder that involves problems with the flow of speech. It is characterized by repetition of words or parts of words, as well as prolongations of speech sounds.

Singing has been identified as having important therapeutic potential, and research has provided evidence in favor of this approach for enhancing fluency among individuals who stutter.

“I would find rapping very similar to singing in the aspects of having a fluency component and the familiarity of memorizing lyrics to be helpful as well,” says Gorecki.