A pasta that’s good for your health 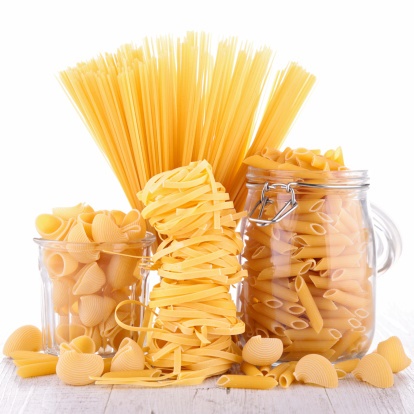 After years of hearing that pasta is nothing but simple carbohydrates and empty calories, researchers now say the noodle containing beta-glucans may actually be good for your health.

Study participants ate a 100-gram serving of pasta made with a mixture of 75 percent durum wheat flour and 25 percent whole grain barley flour, which contains beta-glucans, for three months. After the two months, the participants had more “good” bacteria in their stomach and less of the “bad” bacteria. In addition, they had more short-chain fatty acids, which showed anti-inflammatory activity in the body. Finally, participants experienced a drop in their LDL, or “bad” cholesterol.

“These results highlight the influence of fibers and the Mediterranean diet on gut microbiota, and indirectly on human health,” said Dr. Maria De Angelis, a professor at the University of Bari Aldo Moro, in a news release.

This particular pasta is not the only way to consume beta-glucans. They are also found in oats, certain types of mushrooms and seaweed, says Barbara Fine, dietitian at Advocate Children’s Hospital in Park Ridge, Ill.

She also says there are many healthy ways to use pasta in a entree.

“Pasta can be incorporated into a meal that contains lots of vegetables and lean proteins, but make sure to choose whole grain pasta, not enriched, and watch your portion size,” she says.

← Why do babies smile?
You have breast cancer. Now what? →