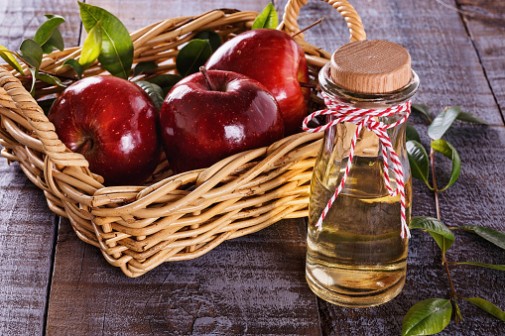 Apple cider vinegar has become increasingly popular, with people boasting about its many health benefits and surprising uses.

While this may seem to be a new natural health trend, vinegar’s beneficial properties have been known since as early as 420 BC when Hippocrates used it medicinally.

So is the craze surrounding apple cider vinegar really backed my science?

Jamie Portnoy, a registered dietitian at Advocate Weight Management in Libertyville, Ill., shares the truth behind the trendy product and how this cost-efficient, natural product can be used in your life:

Studies have shown that drinking apple cider vinegar keeps you feeling full for longer periods of time. This can then aid in weight loss naturally. In addition, it contains only three calories per tablespoon.

Start your day with this apple cider vinegar recipe:

Drinks made with apple cider vinegar naturally boost energy levels and help in detoxing the liver.

According to the American Diabetes Association, the drink improves insulin sensitivity during a high-carbohydrate meal by 19 to 34 percent and significantly lowers blood glucose and insulin responses. In addition, 2 tablespoons of apple cider vinegar before bedtime can reduce fasting blood sugars by four percent.

The main ingredient in apple cider vinegar is acetic acid, which is a potent anti-microbial. It has a history of being used as a natural disinfectant, preservative, and household cleaner. It is also known for killing odor-causing bacteria and is even used as a deodorant.

Even though there are amazing benefits to using apple cider vinegar, it should not be the sole source of weight loss or blood sugar management says Portnoy.

“It is always best to be on a healthy meal plan and aim for consistency,” Portnoy says. “Eating every three to four hours is key. Choose a variety of fruits and non-starchy vegetables, lean protein and get in physical activity for at least 10 minutes a day. The goal is 30 to 60 minutes of exercise daily for long-term weight management.”