Grow a mustache for Movember 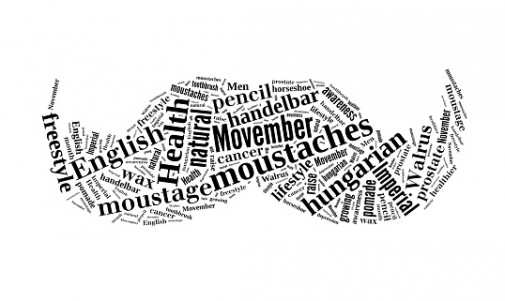 November means different things to different people – to some, it is a time to take a look at skin care, reexamine diabetes risks or even write a novel. But to the millions of men putting down their razors and growing out their whiskers, November is Movember, a time to raise men’s health awareness around the world.

Movember is an initiative designed to “change the face of men’s health,” literally. As part of Advocate Health Care’s mission to get men to be more proactive about their health, the health care organization is spreading the word by joining the movement. The effort seeks to engage and educate men around health issues including heart disease, male cancers and mental health.

Dr. Adam Rubinstein, an internal medicine physician with Advocate Condell Medical Center in Libertyville, Ill., says these issues are so often overlooked and  that programs like Movember are critical to promoting the importance of men’s health.

“Men’s health is crucial,” Dr. Rubinstein says. “We tend to focus a lot on women and women’s health, especially with big events and media coverage.  By contrast, issues like testicular cancer, prostate cancer and behavioral health barely get any coverage, but are still as important. It’s encouraging to see programs like this to spread the word.”

Movember Foundation is also spreading men’s health awareness through facial hair which started on social media in 2009 and then partnered with the American Cancer Society in 2013. The initiative encourages participants to donate whatever money they would have spent on hair and shaving products to cancer research.

The Movember Foundation team encourages a more inclusive approach, encouraging both men and women to get in on the hair growing action by helping to raise money towards prostate cancer, testicular cancer, poor mental health and physical inactivity.

November men’s health initiatives have been wildly successful – according to reports issued by the Movember Foundation, since 2014 their organization has raised $20.2 million to fund programs ranging from campaigns to get men to see their doctors, all the way to funding research to make prostate cancer screenings and treatments more effective.

“No Shave November makes a lot of sense to me – mood disorders affect us all and men go to see their doctors less frequently than women do, so it is good that we are encouraging men to seek out care,” Dr. Rubinstein says.

While the No Shave November and Movember programs have been effective in promoting men’s health in a few areas, Dr. Rubinstein sees potential for both to bring more attention to illnesses that traditionally have stayed out of the spotlight.

“Looking beyond just men’s health, we can use November to reflect on the other health issues that are extremely important right now,” Dr. Rubinstein says. “For example, addiction is just as much a problem as cancers or other behavioral health disorders. No Shave November has opened up discussions, so the more we know, the better.”

During the month of November, Advocate is encouraging men to “Man Up” about their health by sharing their best mustaches on Twitter and Instagram with #ManUpAtAdvocate. Men can also make same-day appointments, find helpful tips and screening information and also find a doctor by visiting ManUpAtAdvocate.com.

← What happens when you’re sleep deprived?
4 Down syndrome myths debunked →