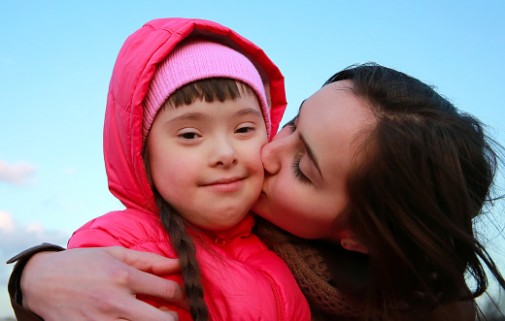 Although science and medicine have made strides to understand Down syndrome, there are still many misconceptions regarding the genetic disorder.

Here are a few myths debunked:

Myth #1: Down syndrome is a rare disorder

Fact: Down syndrome is not rare. It’s the most commonly occurring chromosomal condition. According to the National Down Syndrome Society, about 6,000 births or one in every 691 babies in the U.S. is born with Down syndrome each year.

Myth #2: Most children of Down syndrome have older parents

Fact: According to the Centers for Disease Control and Prevention, 80 percent of children who have Down syndrome are born to women who are under the age of 35. However, the chances for a woman having a baby with Down syndrome does increase with age, particularly after age 35.

Myth #3: Down syndrome is hereditary and runs in families

Fact: The most common type of Down syndrome is Trisomy 21, which occurs randomly and causes each cell in the body to have three separate copies of chromosome 21 instead of two.

According to the Global Down Syndrome Foundation, in the case of hereditary Translocation Down syndrome, which occurs in 1 to 2 percent of all people with Down syndrome, an extra chromosome 21 is inherited from one of the parents.

Myth #4: Students with Down syndrome must be segregated into special education programs.

Fact: Dr. Brian Chicoine, medical director of the Adult Down Syndrome Center in Park Ridge, Ill., explains that children with Down syndrome are now included in regular education classrooms.

“The numbers are growing as the benefits to both students with Down syndrome and students without are appreciated,” says Dr. Chicoine.

The current trend in education is for full inclusion in social and education settings.