Home / Behavioral health / Why are we so fascinated with true crime stories?

Why are we so fascinated with true crime stories? 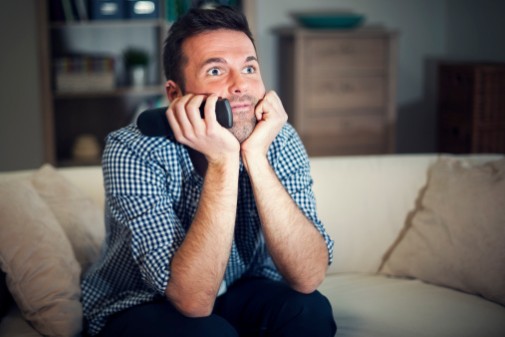 The Netflix true-crime saga “Making a Murderer,” the podcast “Serial” and the HBO crime drama “The Jinx” all have one thing in common – they all do a great job of having people mesmerized (and stunned) as the story unfolds, giving the audience the right to draw their own conclusions.

“From the time that we are a young child, we are undeniably intrigued by good versus evil,” says Dr. Elizabeth Rutha, licensed clinical psychologist at Advocate Illinois Masonic Medical Center in Chicago. “But at the same time, we are drawn to true crime and new accounts of serial killers and it connects us to our most primal fears.”

Dr. Rutha says this type of emotion is taught to be suppressed or is dangerous like a guilty pleasure. She says that watching a true crime about a brutal killing allows people to experience some of their darkest emotions without acting on them. It also provides an outlet to connect to fear or anger in a safe and controlled environment.

But, the fascination of true crime stories like Steven Avery’s in “Making a Murderer” or Adnan Syed’s in “Serial” isn’t a new phenomenon. Since the 1950s, the media has been bombarded with crime stories like the Black Dahlia or the killing spree in Nebraska by Charlie Starkweather and Caril Ann Clair. By the 1970s, criminals like Ted Bundy were infuriated with the media making them look like larger-than-life celebrities.

Michael Mantell, a clinical and corporate psychologist who also served as the chief psychologist for the San Diego Police Department for 10 years, said in an interview conducted by NPR, that “if it bleeds, it leads.” He emphasized in the interview that people’s interest in crime is normal and healthy. He said it serves a multitude of psychological purposes, including a psychological void of “thank God it’s not me.”

Experts agree that binge-watching true crime television isn’t negative, as long as it doesn’t become obsessive. Mantell added, “But if all you do is read about crime and that’s all you talk about and all you have are posters about it and newspaper clippings, then I’d be concerned. That’s where professional counsel might need to intervene.”

← Forget food as a reward, give yourself a prize
Are hoverboards high-tech fun or an accident waiting to happen? →