Home / Behavioral health / Why are Millennials running so much?

Why are Millennials running so much? 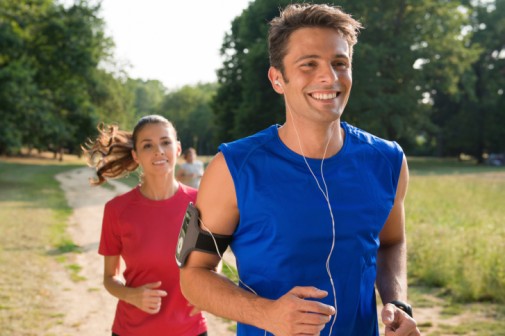 Over the last couple of decades, the number of kids taking part in running as exercise has steadily declined. But recent research has good news for race organizers: Millennials – those born between the early 1980s and early 2000s – have caught the running bug. Of the more than 80 million young adults considered “Millennials,” 18 million consider themselves joggers or runners… and they are not slowing down.

Running has many known health benefits, from improved cardiovascular health to living longer – and Millennials are taking advantage. More than 15,000 people participated in the Millennial Running Study and two thirds of respondents said they run to maintain or improve their health.

“It’s encouraging to see young people taking up such a healthy hobby and that their motivation is rooted in healthy living,” says Dr. Donna Williams, a family medicine physician on staff at Advocate South Suburban Hospital in Hazel Crest, Ill. “While running isn’t for everyone, and does involve some level of risk, it seems that many get easily hooked. It’s probably partly the activity itself, but also the growing sense of community.”

Since most survey participants cited health as their motivation, it’s not surprising that nearly 80 percent run year round, even when not training for a particular event. Just 12 percent of participants said they only run a few weeks or few months per year. And only 4 percent said that they don’t run at all unless they are registered for an upcoming event.

“For someone living in a warm or moderate climate, it’s not as hard to keep up an all season routine, but a Chicago winter can make it difficult to get outside and to stay motivated,” says Dr. Williams. “For races scheduled early in the season, like the Shamrock Shuffle, runners have to train during the coldest months and risk bad race day weather. Yet tens of thousands of people show up. It’s astonishing, really.”

The running industry is scrambling to keep up. Event organizers are poring over data, trying to figure out what Millennials want from their race experiences. They appear to be more interested in competition than themed or untimed fun runs, and they want quality courses. They also express interest in well-known events and appreciate a tech-savvy experience, such as the ability to register online, download and use apps, and receive instant results when they cross the finish line.

Interestingly, nearly 90 percent of Millennials have participated in a running event in support of a charity, underscoring the idea that this generation of young people has an altruistic streak. Although most runners supported the cause solely through their entry fee, a third of respondents have done additional fundraising tied to their participation.

“It seems like a win-win in many ways,” says Dr. Williams. “Young adults are running to improve their health and organizers are learning how to harness that energy to help charities through training teams and sponsorships. It will be interesting to see how this growing trend may shape our nation’s health over the long term.”