Chronic stress may be changing the structure of your brain 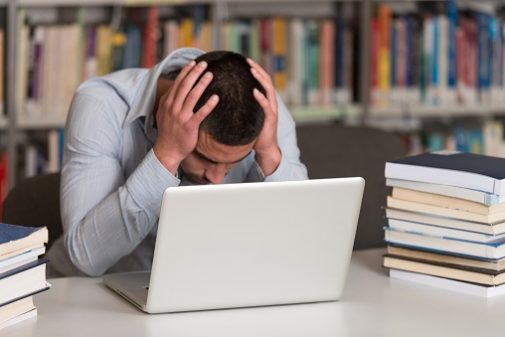 Chronic stress has many evident negative side effects, like making us worn-out, anxious or depressed. But there’s one adverse effect you may not be aware of: it can change the composition of your brain.

According to a recent study, prolonged stress creates structural changes within the amygdala, a part of the brain that controls basic emotions like fear and anxiety, causing it to retract. Researchers found the change occurs in the neuronal branches of a little-studied region of the amygdala. These branches shrink as a result of chronic stress. The good news: a new experimental drug may help prevent this shrinking.

“While this rewiring can contribute to disorders such as anxiety and depression, our experiments with mice showed that the neurological and behavioral effects of stress can be prevented with treatment by a promising potential antidepressant that acts rapidly,” said the lead author of the study, Carla Nasca.

Nasca and other researchers at Rockefeller University in New York City experimented with mice by inducing chronic stress. They first confined the mice in a small space, something mice find extremely unpleasant, and tested their behaviors, seeing if the mice avoided social interaction and exhibited other signs of depression. They also looked at the neurons in the mice’s amygdala.

The experts then repeated this analysis on mice that were in the same situation, but were treated with a drug, acetyl carnitine (LAC), which is being studied as a promising anti-depressant.

They found that the mice who were given the drug coped better than their counterparts. These mice were both more sociable, and the neuronal branches in one part of their amygdala became longer and more complex.

“It has long been established that chronic stress triggers changes in brain structure. Stress shrinks the hippocampus and changes the size, as well as connectivity, of the amygdala,” says Dr. Chandragupta Vedak, a psychiatrist at Advocate Good Shepherd Hospital in Barrington, Ill. “Interestingly, the negative effects of stress are dependent upon how we perceive stress. Transcendental meditation and yoga have also been shown to reduce the negative impact of stress by changing how the brain perceives stress.”

← A healthy lifestyle may improve symptoms for kids with ADHD
Should you take anti-inflammatories before a workout? →