How to control your sugar cravings after a workout 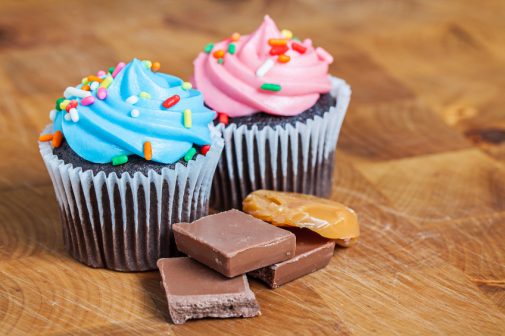 Your desire to grab your favorite sweet treat after working out may be fueled by biology and not just self-sabotage, according to a new study.

As part of the study, done at the University of Massachusetts Medical School, college students were analyzed based on their natural responses to images shown on a screen. The participants looked at the photos, which contained images ranging from desserts to household items, and a favorable response was measured when a participant made even a small movement with the joystick towards an image.

Half of the group then exercised on stationary bikes, while the other half worked with cognitive puzzles. Immediately following these activities, the students participated in the test again. The researchers found that participants in the exercise group responded more favorably to the dessert pictures than those in the cognitive task group.

They theorized that people’s desire to eat sweets after exercising is a matter of the body wanting to replenish the calories and nutrients they depleted while working out.

Regardless of the motivation, since many people do crave sweets after working out, Mary Heinz, a personal trainer at Advocate Condell Centre Club in Libertyville, Ill., says it is important to plan ahead.

She suggests the following tips to avoid falling victim to your sweet tooth:

However, if you do break down on occasion and grab a doughnut, it isn’t the end of the world, Heinz says.

“The fact that they are exercising is good. It is important to remember, though, that what you eat before and after working out impacts how you recover and grow,” says Heinz.  “If you eat a doughnut after a workout, your body won’t be able to recover and grow as much as it would if you ate some nuts or fruit. Eating healthy will also allow you to perform better during your workout because your body has the proper nutrients and energy it needs.”