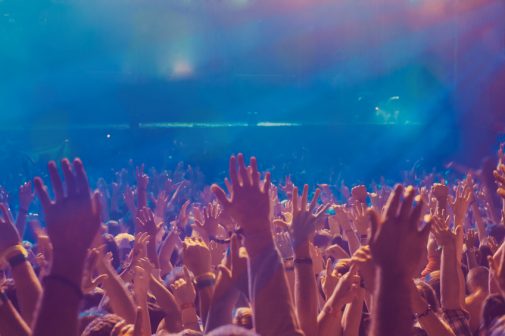 Selena Gomez has had quite the year. Her album went gold, she delighted fans with carpool karaoke, achieved a sold out tour and more. Many might think the pop star would be on cloud nine, but recently, she announced that she was taking a leave of absence due to her struggle with depression and anxiety. Last year, Gomez was diagnosed with lupus, and she found that depression, anxiety and panic attacks were side effects of the illness.

In an effort to maintain her health, she is taking time off to focus on her health and happiness.

“This is a very impressive decision made by this young adult,” says Dr. Ahmad Bashir, a psychiatrist at Advocate Dreyer in Aurora, Ill. “Many people just try to keep pushing through their busy schedule and ignore their depression. She obviously has the ability to take time off, which many don’t, but sharing her story could help a lot of people realize it is okay to acknowledge the issue.”

According to the World Health Organization, depression impacts an estimated 350 million people worldwide. Many tend to use the word depressed as an adjective rather than an actual diagnosis from a health professional, which gives depression the stigma that it isn’t serious. “Depression can be extremely debilitating,” says Dr. Bashir. “Sure, everyone goes through periods where there are sad moments, but the actual clinical diagnosis of depression is something that many don’t fully grasp.  These people that struggle are impacted daily and sometimes aren’t even sure what the trigger of their depression is.”

Many people also do not want to acknowledge there is a serious problem for fear of being viewed as weak. “Depression and anxiety are real concerns,” says Dr. Bashir. “People often tend to think it is overblown because at times, there is no physical impact.”

Gomez is not the first celebrity to acknowledge that she has battles with depression and anxiety, but she should be commended for embracing the platform her celebrity affords in an effort to help others who are fighting through similar situations.

← What you need to know about breast implants and breast cancer
Survey: 3 in 4 people don’t know this causes increased risk of cancer →