Home / Fitness & wellness / When working out is dangerous

When working out is dangerous 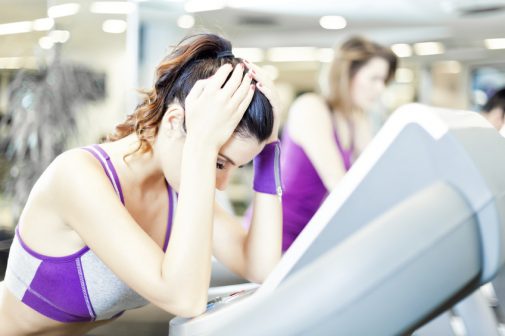 After a bad day, many people head to the gym as a stress release for their frustrations and anger. But according to a new study, that might not be the best solution. In fact, taxing yourself physically may put you at significant risk for a heart attack.

In a recent study, both emotional negativity and heavy physical exertion were separately found to be linked to heart attacks. However, being angry or upset while simultaneously engaging in heavy exertion more than tripled the risk of a heart attack, compared with individuals who were not experiencing emotional distress or overly exerting themselves.

The study analyzed data from more than 12,000 heart attack survivors from 52 countries with an average age of 58. After having a heart attack, the participants completed a questionnaire about whether they had engaged in heavy physical exertion and/or if they had been angry or emotionally upset the hour before their symptoms began both the day of and the day before their heart attack.

“We did not find any significant differences between those with and without these risk factors,” said lead author Andrew Smyth, MD, PhD, a researcher at McMaster University in Canada and at the HRB Clinical Research Facility in Ireland. The researchers also found no significant difference between genders or age groups of under 45, 45-65 or over 65.

“While you do have a slight increased risk of a heart attack during exercise, many studies show if you exercise regularly, overall your lifetime risk of having a heart attack is significantly reduced,” says Dr. Paul Silverman, chief, section of cardiology at the Advocate Heart Institute at Christ Medical Center in Oak Lawn, Ill. He says that if you regularly challenge yourself with hard workouts, don’t try to outdo your hardest workout as a way to release energy and aggression after a particularly stressful event, but working out is still okay.

The study authors acknowledge that the definition of emotional negativity and extreme physical exertion differ from person to person. Smyth recommends that when you are in a negative emotional state, you avoid combining extremes of what is out-of-the-ordinary for you.