Home / Fitness & Wellness / Are classroom chairs a thing of the past?

Are classroom chairs a thing of the past? 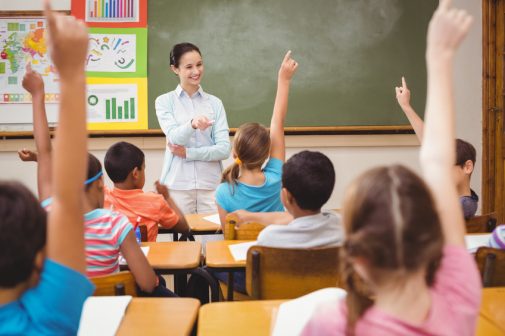 Rising rates of obesity and lack of physical activity among children has led to the revival of once popular flexible seating options in lieu of standard chairs in the classroom. This trend, coupled with the elimination of a one-size-fits-all model approach to curriculum, teaching styles and tools in elementary schools, has allowed for exploration of ways to get kids moving and achieve optimal learning.

Though new for the general school population, flexible seating options have been used in the occupational therapy field for some time. Options such as air cushions, T-stools, bean bags and rocking chairs have been utilized for students with attention deficit/hyperactivity disorder, autism spectrum disorder and sensory processing difficulties.

“Over the years, we have seen the growing benefit of alternative seating with students in special education,” says Polly Wallace, an occupational therapist at Advocate Sherman Hospital in Elgin, Ill. “The application to broaden flexible seating options through general education implementation was a natural progression.”

A recent study published in the American Journal of Public Health found using standing desks can slow the increase of elementary school children obesity by 5 percent.

The study followed 24 classes, with a total of 193 students for two years during third and fourth grade. They were given standing desks with a foot rest and stool to allow students to sit or stand at will. Though the study focused on standing desks, the researchers were not focused on the desks, but the activity and movement the children had in the classroom and the impact it made. For example the students wore trackers, and those using the standing desks walked an additional 2,000 steps a day, equating to an extra 5 miles a week of walking and movement.

“This is what is so exciting about flexible seating options,” says Wallace. “There is no limit to the plethora of seating styles and sizes to the different movement and classroom seating settings.”

While this relatively new movement has exciting potential to help children move as needed to improve focus and self-regulation, Wallace cautions that it is not a one-size-fits-all situation.

“For some students who lack core strength or postural control, ball chairs can be over-taxing and potentially unsafe if used for more than short periods of time,” she cautions. “Some students can become over-stimulated with the extra movement and have greater difficulty focusing on classwork.”

Wallace recommends teachers contact an occupational therapist to help educate them on the selection of seating and movement choices.

← Are you more likely to cheat at certain ages?
Top Chef committed to creating healthy options →