The real reason men don’t like going to the doctor 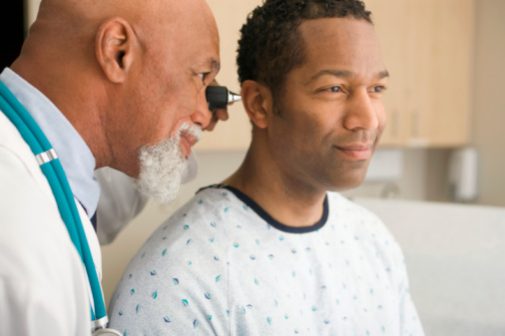 It’s a well-known fact that women, in general, outlive men. Many experts have offered reasons why: men take more risks than women and perform more dangerous jobs; they smoke more, handle stress worse and succumb to heart disease – the leading cause of death – earlier. Survey data suggests another reason might be at play: men go to the doctor less often.

“Women continue to be health care consumers throughout their lives due to gynecological and, eventually, obstetric needs, whereas men stop seeing a doctor after their pediatrician and return only when they are sick” says Dr. William Rhoades, a geriatrician at Advocate Lutheran General Hospital in Park Ridge, Ill.

According to 2014 survey data collected by the U.S. Centers for Disease Control and Prevention, men were half as likely as women to go to the doctor over a 2-year period. They also were more likely to admit to both never having contact with a doctor and not visiting one within the last five years.

Some reasons men gave for not seeing a primary care physician included: being too busy to go, afraid to find out what might be wrong and undergoing uncomfortable exams in the past.

Some psychologists suggest another reason men may not be heading to the doctor: media messages. Men experience messages from the media constantly about masculinity and hiding their vulnerability. Going to a doctor’s office goes against many gender norms they’ve been taught. Consulting a physician about something they know nothing about takes away their control and may make them feel vulnerable and uncomfortable around someone they don’t know.

So what’s the solution? How do we encourage men to see their physicians more often?

“For many men, the answer may lie in the emphasis being placed on preventive health by insurers and employers. Savings on insurance premiums and being offered other health savings based on healthy lifestyle and preventive screenings may finally start to turn the tide for better men’s health,” Dr. Rhoades suggests.

These annual checkups can save lives. Although men may think they are perfectly healthy, there may be a lump or a bump that is unnoticeable to the naked eye.

How often should a man go to the doctor?