Which fruits and veggies top the “Dirty Dozen” list this year? 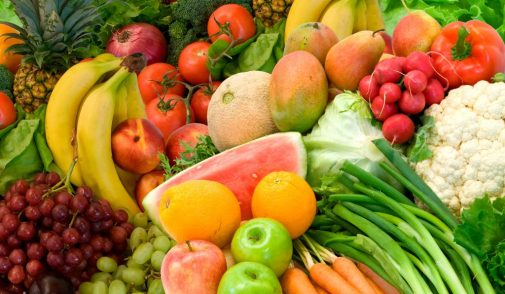 Strawberries are still number one, but not on the list strawberry lovers want the fruit to top.

For the second consecutive year, strawberries are the first of 12 fruits and vegetables on the Environmental Working Group’s 2017 list of produce with the most pesticide residues. This Dirty Dozen list is part of EWG’s Shopper’s Guide to Pesticides in Produce, which also includes a Clean Fifteen list of fruits and vegetables on which few, if any, pesticide residues were detected.

New to the Dirty Dozen list this year were pears and potatoes. They bumped off cherry tomatoes and cucumbers from last year’s list.

In compiling the lists, EWG analyzed data from the U.S. Department of Agriculture and found that nearly 70 percent of samples of 48 types of conventionally grown produce were contaminated with pesticide residues. EWG says the lists help consumers make informed choices about the produce they buy.

“Fruits and vegetable have a lot of nutritional value, especially trace vitamins and minerals that you simply can’t get from other foods. I wouldn’t discourage people from eating them,” she says. “I suppose if people are really concerned they can choose more of the produce on the Clean Fifteen list, but regardless of the list, the deeper the color, the more nutritious it is.”