Home / Advocate Medical Group / Did you know this trendy tea has preventive and healing traits?

Did you know this trendy tea has preventive and healing traits? 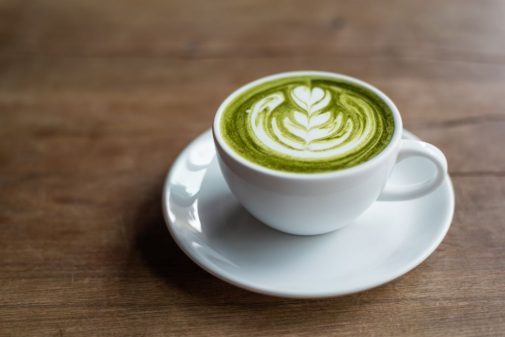 Experts have long touted the health benefits of certain teas. Studies have shown green tea may protect the brain against Alzheimer’s and reduce the odds of catching the flu, and black tea may reduce the rate of blood pressure variation. But a new trendy green tea is making a name for itself.

It’s called Matcha green tea powder, and when it comes to U.S. healthy food and drink trends, it’s near the top of the list. Known for centuries as the green tea brewed in Japanese tea ceremonies, its primary benefits include lowering cholesterol, protecting against cancer, controlling blood sugar levels and reducing inflammation.

“Switching from coffee to green tea like Sencha or Matcha is a healthy shift in one’s diet,” says Dr. Ric Saguil, Advocate Medical Group integrative medicine physician at Advocate Sherman Hospital in Elgin, Ill. “Not only does green tea have less caffeine, but it also has many preventive and healing traits in areas of heart disease, diabetes and cancer.”

He explains that green tea generally comes from the Camellia Sinensis plant; a species of evergreen shrub or small tree whose leaves and leaf buds are used to produce tea. Variability in harvesting brings different types of green teas. Plants contain phytonutrients, which are utilized by the body in improving metabolic processes you cannot live without. The phytonutrient that has been researched the most for its benefits is EGCG (epigallocatechin gallate). EGCG is the concentrated antioxidant which exists in Matcha, aiding your body in cancer prevention and slowing the growth of damaged cells.

Concerns have been raised about the possible lead content of the leaves due to where they are typically grown. Though it would not be considered an issue with steeping leaves, Matcha is a powder that is ingested. However, researchers have determined it is safe and have explained that concerns of herbal hepatotoxicity are largely unfounded. However, internet buzz that claims Matcha can be used as a detox is untrue. To date, there has been no reproducible evidence of that effect.

“Ten years ago, I suffered from reflux, so I switched my morning coffee for green tea,” says Dr. Saguil. “Since then, I regularly encourage my patients to do the same because there are so many more benefits to tea, with fewer side effects.”

← How to keep your kid safe from injuries
Can adding this type of food to your diet help you lose weight? →