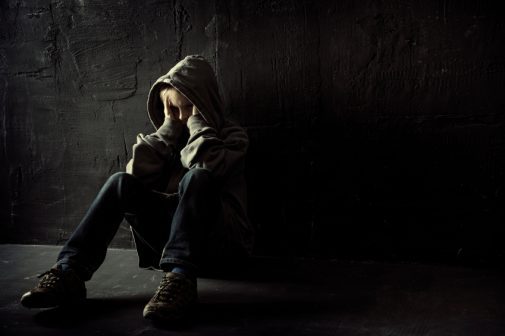 A popular new TV show is under fire for tackling a controversial issue in a way that some say glamorizes mental health issues.

Netflix’s “13 Reasons Why” tells the story of a teenage girl who’s killed herself, leaving behind audiotapes as a kind of note explaining the 13 reasons why she ended her life. Based on a 2007 young adult novel of the same name, the series is also aimed at a teenage audience and includes warnings prior to its graphic depiction of the act at the center of the story.

Dr. Joanna Lindell, a child and adolescent psychiatrist at Advocate Children’s Hospital, calls the show “a far cry from the after-school specials some of us were used to back in the day where the intended moral message was clear and positive.”

“Albeit a cinematic improvement with a mystery-thriller feel in comparison, ‘13 Reasons Why’ can leave many feeling severely disturbed by the sensationalism of suicide, which can easily be perceived as the ultimate ‘solution’ and ‘punishment’ to those who have wronged them,” Dr. Lindell says. “That is not the message we want to be sending to impressionable teens who are struggling and suicide is something they are contemplating.”

The show’s creators and co-producer Selena Gomez, a pop star who’s one of the most followed users on Instagram, say it raises awareness of bullying and other tough issues teens face; Netflix produced a web page of resources related to suicide prevention.

“We wanted to do it in a way where it was honest, and we wanted to make something that can, hopefully, help people, because suicide should never, ever be an option,” Gomez said in “Beyond the Reasons,” a video companion to the series.

Suicide is the second-leading cause of death for children and young adults age 10 to 24, according to the Centers for Disease Control and Prevention.

The executive director of the national nonprofit Suicide Awareness Voices of Education (SAVE) said he’s concerned the series will result in increased teenage suicides because of how it glorifies the tragedy. SAVE has produced talking points to help parents discuss the series with their teenagers. Among the most notable:

Another advocacy group, National Suicide Prevention Lifeline, offers the following tips for parents, friends and others looking to help someone who might be contemplating suicide: