Can blueberries help reduce your risk of this deadly cancer? 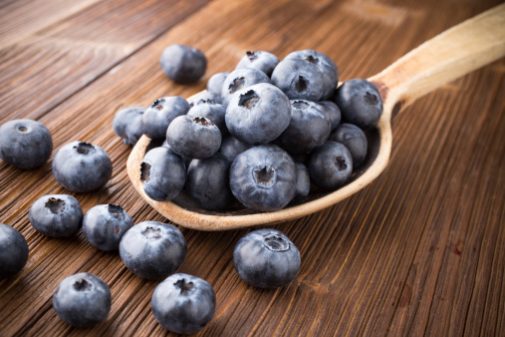 Did you know cervical cancer was once one of the most common types of cancers that led to cancer deaths for women in the U.S.?

The death rate for this type of cancer has dropped significantly with increased education and use of the pap smear test.

Nevertheless, the American Cancer Society still estimates over 13,000 new cases of invasive cervical cancer will be diagnosed this year, and over 4,000 women will die as a result.

For women who have been diagnosed, new research offers hope for a potential new treatment option.

Researchers, whose study was recently published in the journal Pathology and Oncology Research, examined the efficacy of adding blueberry extract to radiation therapy, the primary treatment option for women with cervical cancer.

They hypothesized that the extract could serve as a radiosensitizer so that the radiation was more effective. Their findings supported that conclusion.

But when the blueberry extract was used in combination with radiation therapy, the cancer cells were reduced by 70 percent.

“Cancer cells avoid death by remodeling themselves,” said lead author Dr. Yujiang Fang, in a release. “Along with reducing cell proliferation, the extract also ‘tricks’ cancer cells into dying. So it inhibits the birth and promotes the death of cancer cells.”

Experts say further studies are needed to test the practical significance of the study’s results.

“Certainly, cisplatin and 5FU chemotherapy agents used in combination with radiation have shown to have beneficial effects in the treatment of cervical cancer. But it’s important to note this study was done in a lab. The practical, clinical significance of the results remain to be seen, and the question of how blueberry extract will be given to patients, if in fact the results are replicated and proven, still needs to be determined. For example, would they be placed as a drug and given through an IV, or would they be ingested or applied via a topical treatment, and do all methods produce the same results? Until these questions are answered, I would be very careful about providing cervical cancer patients with a false sense of hope about the potential impact of blueberries on their treatment.”

Want to reduce your risk for cervical cancer?

“Don’t be afraid to speak to your OB/GYN about these recommendations and educate yourself about cervical cancer,” he adds. “One of the hallmarks of cervical cancer is non-menstrual bleeding, bleeding after intercourse, foul odor or discharge. Patients who have routine OB/GYN exams and pap smears can usually catch these symptoms before they become dangerous.”

← What do your cravings mean?
When exercise is the best medicine →